This week: Join us, as we ponder the (COVID) age-old question – are cities dead?

With major metropolises like Berlin, Madrid, and London leading their country’s pack when it comes to office space, you just can’t talk about the fate of cities without talking about… the office.

• Big money continues to move in on retail and office spaces in European capital cities, with banks and firms like Brookfield Asset Management and Tishman Speyer Properties taking advantage of “post-Corona opportunities,” reported Bloomberg. “We do believe in the future of the office and continue to see bifurcation between high-quality buildings and everything else,” said Tavis Canell, co-head of EMEA real estate at Goldman Sachs.

• Might take a while to return to the workplace, though. Searches for remote working on Totaljobs, a UK-based job board, are up 40%. Average worker footfall in 30 big cities across the country is at 18% of pre-pandemic levels. While many companies are pushing for a return to the office – with media & tech companies leading office leases in Q2 – they may have to deal with some refurbishments first. One in 10 London offices could be deemed unusable within 24 months if they don’t meet new energy efficiency standards, reported The Financial Times.

• Saks Fifth Avenue is teaming up with WeWork to convert parts of department stores across the Tri-State area into co-working spaces, in a bid to target remote workers living in the ‘burbs. Their bold new moniker? SaksWorks! As of last month, only 25% of all office workers in NYC had returned to the daily slog. 1-in-3 American employees aren’t interested in being on site full-time. “If you have a little blip, people go back to the old way. Well, this ain’t a blip. There is no going back,” said Intel CEO Pat Gelsinger. COVID notwithstanding, corporate attitudes about hybrid work vary across the States, depending on the city. Unsurprisingly, the most progressive approaches are on the East and West Coasts.

“The revolution in flexibility is not a bad thing,” said Rakeen Mabud, chief economist at Groundwork Collaborative. “But it feels like we’re trading the well-being of the privileged for the well-being of those who work at coffee shops, at lunch counters, that depend on office workers. That’s the inevitable outcome that’s predicated on inequality”.

So what does the rise of hybrid working patterns mean for retail?

• “Home working may well help rebalance an economy where perhaps too much activity has become concentrated in the centres of our cities,” noted The Spectator. Local main streets in the UK might see thousands of new stores open over the next year, with 28% of workers “anticipating a flexible part-home, part office model,” reported Retail Gazette. “This creates opportunities for parts of the country… that have struggled to attract businesses and workers – but has the potential to open new inequalities between areas that attract home-based workers and those that do not,” wrote Gurpreet Narwan in The Times.

• In the U.S., an estimated 15% of residents and businesses moved from urban hubs to suburban areas last year. “Retail in residential neighborhoods where people make their homes has done reasonably well, but retail in commercial and tourist neighborhoods has been decimated,” Ari Harkov, a Manhattan-based real estate broker, told MarketWatch. NYC’s Midtown, with its glut of commercial spaces, is showing signs of a slow recovery. What might be key to the district’s long-term survival? Taking a cue from Lower Manhattan, and “making the transition from being strictly a 9-to-5 financial district to a 24/7 neighborhood,” reported The New York Times.

• We’re prone to banging on about the increased awareness around the benefits of shopping small. Yeah, we’re biased, but the data backs it up. 70% of people are interested in ads supporting local businesses. “Call this a heightened human-focused connection to community, so be aware of it,” reported AdAge. “Now, new places to eat, meet, and be social are popping up, people value and support niche vendors, the small book shops, bakers, butchers, etc that sell only local produce or one-offs,” said Natalie Campbell, Londoner and Co-CEO at water company Belu.

“Fat Macy’s, Change Please, Luminary Bakery, all good examples of businesses that are going from strength to strength because of their social spirit and local impact,” continued Campbell.

It’s proooobably a safe assumption that we want our cities to be more equitable and enjoyable places to live, especially as we (sort of) get back to the grind.

We’ve said it before, and we’ll say it again – support the stores, and people, who make city life worth living. 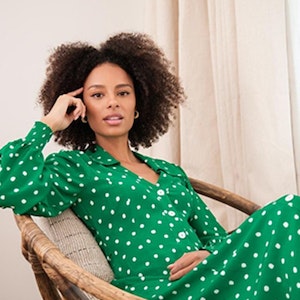 The Five at Five: Charlotte Williams 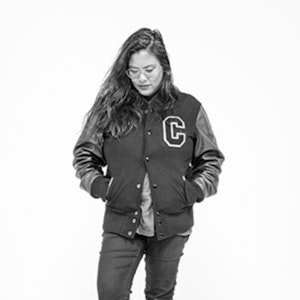 The Five at Five: Leila Fataar