This week: Small businesses have the public’s support, but their long-term survival depends on urgent policy change. Aka you, Gov.

We’re typically of the Chumbawumba, “bright side” school of life – but now is a time to face hard truths.

The good: in the face of it all, British independents proved more resilient than multiples this year. The bad: amongst their European brethren, the UK’s economic outlook is the weakest. Brexit preparedness? An oxymoron if there ever was one. The ugly: one in three hospitality businesses think they’ll go under, and nearly a fifth of SMEs could cease trading within a month.

Niceties be damned. Government needs to get their shit together. Here’s why:

• There are almost 7,000 high streets in Great Britain, and they are the barometer of local economies. In London alone, they account for 23% of the capital’s total businesses. Only 68 will have access to the government’s £95m fund created to support “historic” shopping areas. To put that in perspective, Primark has received £98m of taxpayer money and projects profits in the £300m range. No one is more or less deserving of staying employed, but when it comes to giving back to the local community, driving innovation, and being agents of social change – small business has an outsized impact.

• It’s not just about an extension of business rate relief. A broken tax system needs to be fixed. Indies face business rate bills even higher than the rent, and bricks-and-mortar shops are penalised over online retailers. It’s an overhaul that’s been long overdue. “They need to wake up. It’s shameful that [the government has] still not readjusted thinking on how Amazon and the delivery giants should be paying equivalent rates of tax online,” retail expert Mary Portas told The Guardian. “Their slowness in understanding, their tardiness, is ridiculous.”

• The furlough scheme is set to expire in March, but it doesn’t pay the bills. (And don’t get us started on the self-employed). A small business grant won’t even cover one month’s rent for stationary shop Early Bird Designs, which has been holding it down for 16 years in East London neighbourhood Stoke Newington. “It’s very hard to fight back when you’re closed,” said owner Heidi Early.

For indies everywhere, the stakes have never been higher. This recession is the likes of which the UK has not seen in three hundred years. Which is why the support needs to be the most comprehensive, ever.

Want to live in a doughnut city? Might sound delicious, but it’s a term that means the centre is hollowed out.

Retail, quite simply, is what breathes life into the built environment. The term “unprecedented” is wearing thin, but it’s one that also applies to the opportunity to rethink urbanism in the UK.

• England – with a particular history of town planning centred on big retail, to the detriment of small business – is facing a crisis (within a pandemic, on top of a hard Brexit). It’s no surprise that huge spaces left vacant by chain stores prove hardest to occupy. “We created 400 clone towns nobody loves. We shouldn’t get upset – job losses aside – about changing them,” said Mark Robinson, co-founder of property group Ellandi, who believes landlords need to prioritise vibrancy over anything else. “We need to be flexible about who we bring in and the terms… Rents are going to fall… Might it encourage independent retailers in far more prominent locations? Absolutely. Does it mean taking risks? Absolutely. And this has to be good for the future.”

• Will we see a widespread embrace of the walkable, community-friendly planning concept of the “15-minute” city? Investing in public spaces – pedestrianising roads, expanding cycle lanes – will improve the prospects of local retailers. Lively, diverse streets are the visible measure of a neighbourhood’s socio-economic health. To make a place attractive, you need independent proprietors. You need people. “If the crisis makes it easier for younger people to live in city centres, it could end up being the spark for their renewal, not the start of their decline,” concluded The Financial Times.

• Of major cities worldwide, both London and New York have seen the steepest drops in visits to hospitality and retail, according to Google mobility data. "What is this city if so many of its establishments disappear permanently and at once? What does it mean for a city’s collective consciousness to lose an entire urban ecology, its landscape of cultural references, memories, longings, and aspirations?" wondered The Editors at New York Magazine. In their annual “Reasons to Love New York” issue, they paid tribute to the beloved haunts and hangouts that were forced to close this year.

These elegies are not ones we’d wish to repeat for any business, anywhere.

What is it that we're saving? What do we risk to lose? You know the answers. So what can you do?

Be part of our movement to #SaveTheStreet. It’s go time.

‘Gram that ‘gram. If you’re a business owner, record a video telling Rishi what you need. 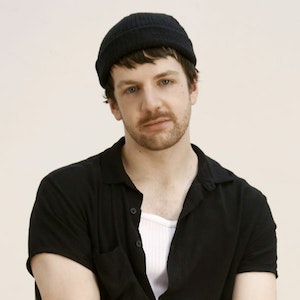 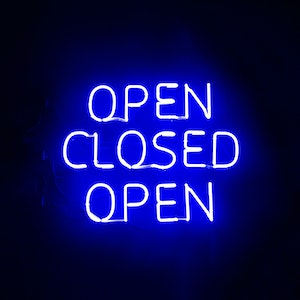