Welcome to life after the orange man.

You probably noticed that insane insurrection prior to his departure. Some in the retail industry – from the National Retail Federation to Nike – made their condemnation known.

• But perhaps no one was louder than Ben & Jerry’s, who denounced it as a “riot to uphold white supremacy.” Worth noting: while they’ve been at the peace, love and ice cream shtick since 1978, it’s been twenty years since they were acquired by Unilever. “It’s not just about being goody-goody. It’s good business,” CEO Matthew McCarthy told Harvard Business Review.

• Another legacy “anti-establishment” brand, the septuagenarian Dr Martens, has gone decidedly mainstream, with a planned IPO later in 2021. Profits have gone up 70% in recent years, boosted by the increasing popularity of their vegan collection. But after shifting to a fast fashion production model of cheap Asian labor, they’ve earned the lowest possible score in the Fashion Transparency Index. “Wearing DMs is a state of mind,” said CEO Kenny Wilson. Much like their bona-fide eco/ethical credentials? Amongst their knowing target Z demographic, seems ripe for a takedown.

• “Counterculture and consumerism are no longer mutually exclusive,” observed Tamison O’Connor in The Business of Fashion. Aka, when brands take a stand, that activism goes hand-in-hand with an eye on the bottom line. Even if our economic system means an enterprise can’t truly prioritize planet and people over profit, it’s only a good thing that ethics has entered the chat. Savvy marketing has often proved enough of a smokescreen for businesses that don’t walk the talk – but people are wising up.

2020 was unprecedented, not least in terms of leadership vacuums during a crisis – and a lot of us got used to brands being a voice of reason. Will we see a sustained shift not only in what retailers say, but also in what they do?

86% look to brands to solve problems both on a societal and individual scale, according to a global report by Edelman. Now that The Tweeter’s gone, what cause will businesses be campaigning for?

Perhaps the most urgent issue we’re all confronting is a swiftly warming planet – and the pandemic has only heightened that awareness.To combat climate change, studies show we need to reduce meat consumption, drastically. Looks like the world is waking up.

• Flexitarianism, or semi-vegitarianism, is on the rise amongst Americans. The European market for plant-based meat and dairy alternatives is expected to grow to €7.5bn by 2025. (Globally, it’s worth $20.7bn). A record-breaking half a million people signed up for this year’s Veganuary – and a quarter of them are in England. Tastes are changing, and entrepreneurs are taking notice – with more than double the number of trademarks registered for new vegan F&B products in the UK.

• If we’re following the money, then capitalism is leading the way to breakthroughs in protein alternatives. “Much of the investment in food of the future is being handled by venture capital firms,” reported Bloomberg. A scan of Thingtesting reveals a plethora of new, plant-based DTC brands with names like Peggs and Nuggs. The Spoon, which reports on “the food tech revolution,” is churning out news pieces announcing millions raised by companies developing anything from pigless pork rinds to meat made from air.

• There’s pushback from the meat people, though. (And not just because January is the saddest month for local fruit & veg). The Ethical Butcher – whose mission is “to create positive disruption in the meat industry” – is currently promoting Regenuary, which encourages sourcing your food from regenerative agriculture. “The era of the ethical meat startup is upon us,” reported Maddyness.

The majority of consumers now claim to be making more ethical purchases. “During past recessions, we have seen a decline in people placing sustainability as a priority. This time around the story looks different,” said Karine Trinquetel, a director at Kantar.

As much as companies are ultimately motivated by profits – we, the shoppers, are the ones who decide which companies are profitable.

Are we good consumers before we’re good citizens? As we face a cascade of ecological consequences – it looks like those roles are becoming one and the same. With our wallets, we vote everyday. 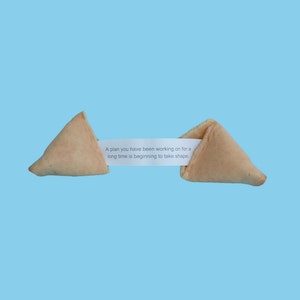