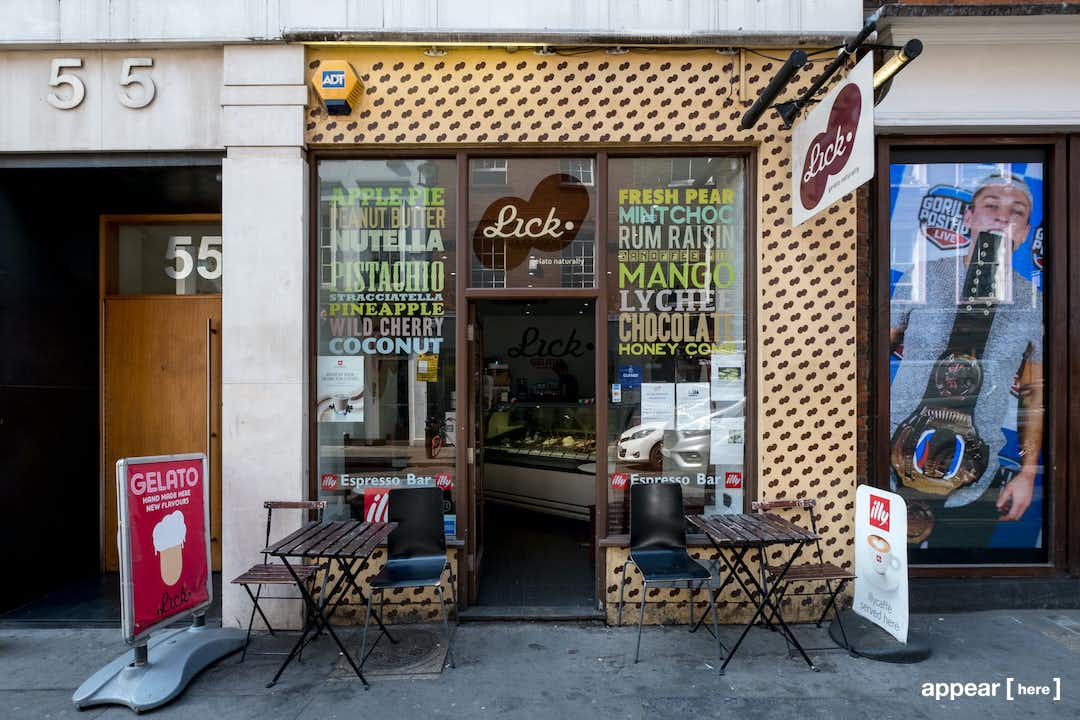 You can’t ask for a better location than this shop for rent on Greek Street in the heart of Soho, one of London’s most energetic neighbourhoods. You’ll be surrounded by theatres, bars, restaurants, music venues, and even Soho Square Gardens.


Soho is never dull, with something for everyone, day or night. It’s home to Sondheim, and Palace Theatre, and restaurants like Nopi and Flatiron. During the day the streets are filled with business people out for lunch and shoppers heading to shops like Oliver Spencer, Reckless Records, and Patta London.

Your neighbours are Chin Chin Dessert Club and jazz club Trisha’s. Across the street are Jazz After Dark, 10 Greek Street and Bibimbap Soho. Thirst Bar, Japanese Knife Company and Milroy’s are on the block too. Foyle’s bookstore is close, and the Genting Casino is a big draw in the area, which leads into neighbouring Chinatown. Tottenham Court Road, Oxford Circus and Piccadilly Circus Underground stations are both a short walk away.

Access to a shared bathroom for staff by way of the adjoining unit.

The lighting inside is a bit dim, and the space could use a new coat of paint before opening shop.