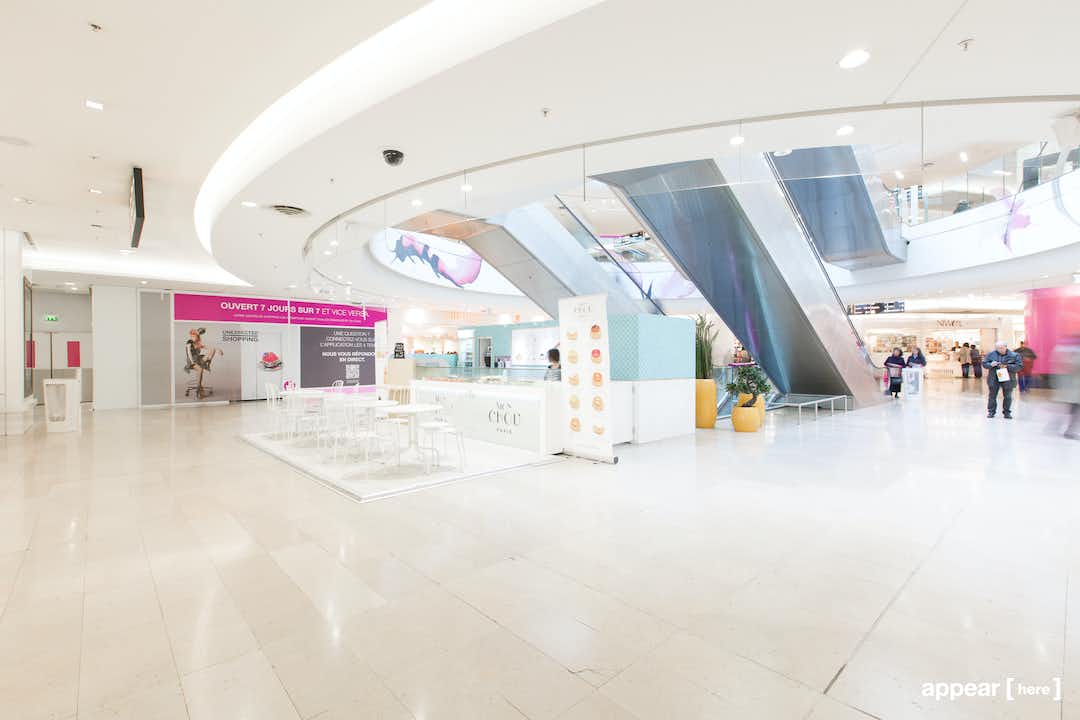 Larger than the mighty Palace of Versailles, Les 4 Temps is not only the biggest shopping centre in France – it’s one of the biggest in Europe. Each year 45 million people come here to shop, dine and while away the day inside the centre’s futuristic glass-walled building.

On the first floor – just behind the escalator – you’ll be in view of shoppers with this 29m² (6mx4.8m) retail space. Surrounded by stores like Jules and Go Sport, you’ll also be on the same level as a flagship Zara store. Use the open-style of this retail pop-up to cause a stir and seduce shoppers with your big idea.

Les 4 Temps is a major attraction in La Défense – the financial hub of the city and home to some of Paris’s most prestigious buildings. A few steps from La Défense Metro station, this is a home for fashion fans across the capital. Make the most of the exposure.

This space is intended for retail not promotional ideas – and tenants that stay for at least a month.