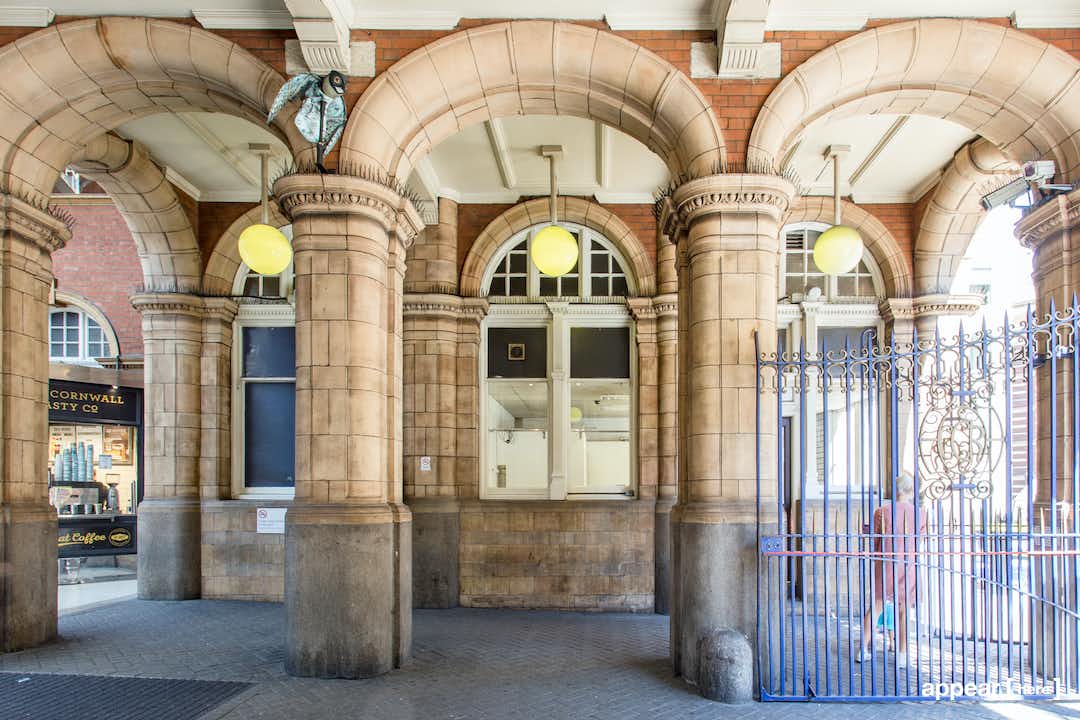 Famed for its antiques, boutiques and A-list eateries, Marylebone is one of the capital’s top shopping destinations. Marylebone railway station may be central London’s smallest, but pre-Covid passenger numbers were 16 million every year. Introduce your idea to them here in this shop to rent to the right of the station’s grand entrance.

Whether they’re coming in from other parts of London, or hailing from Oxfordshire, Buckinghamshire and the West Midlands, commuters will make up most of your morning crowd. During the day you’ll see shoppers making their way to Marylebone’s independent stores and restaurants, and tourists and Londoners leaving the capital for likes of Bicester Village. Evenings are the busiest times and weekends are the quietest.

Despite its size, Marylebone station is home to a number of shops and restaurants, including Patisserie Valerie, Burger King, M&S, WH Smith and Sports Bar & Grill Marylebone, which is a popular stop for commuters on their way home.

No food or cafe concepts will be considered.

The space is available to rent for a minimum of one month and a maximum of three months.

This is quite a small shop with limited space for storage and facilities.