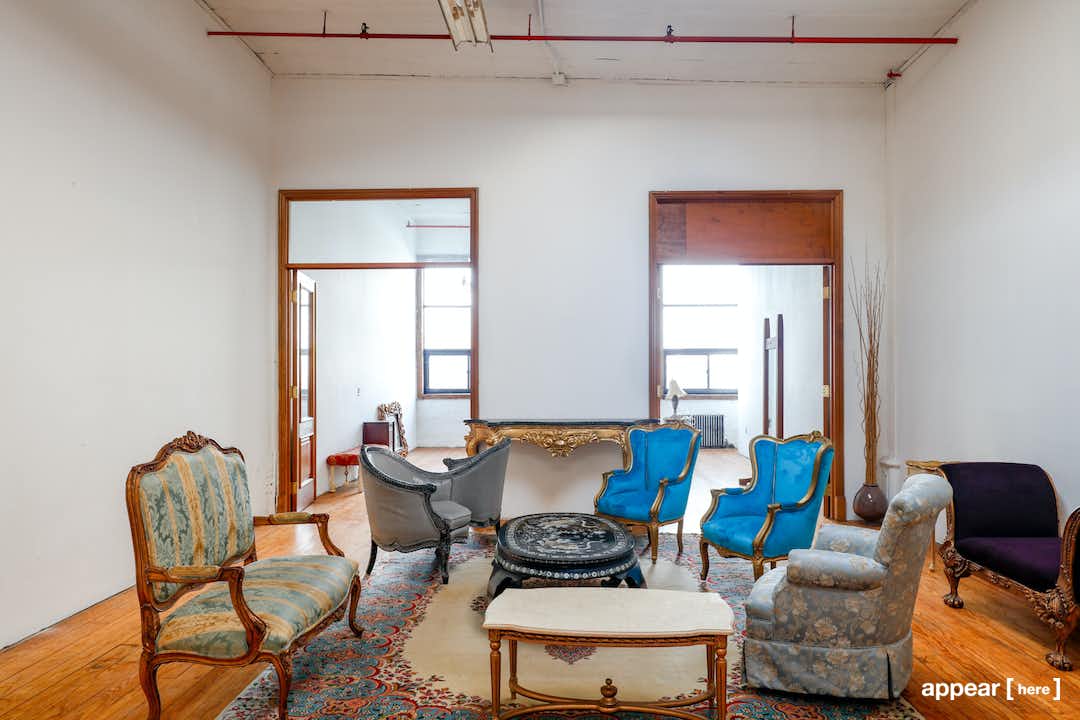 A huge part of Williamsburg’s appeal is the burgeoning arts scene, supported by a neverending demand for authenticity and flair. If you’re looking to throw a theatrical show or some other imaginative production, this event space in East Williamsburg is right up your alley. It’s a massive venue with several Old World details, including decadent chandeliers and distinctive woodwork. It also boasts prep rooms as well as an outdoor reception area.

Williamsburg is still one of the best places in New York to tap into the local arts and theatre scene. Aside from that, there’s a slight retail presence a street over, surrounded by the studios of artists and craftspeople. Weekdays are the busiest, with these workshops ramping up energy to meet production deadlines. The nearest transportation link is Grand Street underground station.

This is a quiet corner of East Williamsburg, which does add to its appeal as an exclusive event
space.