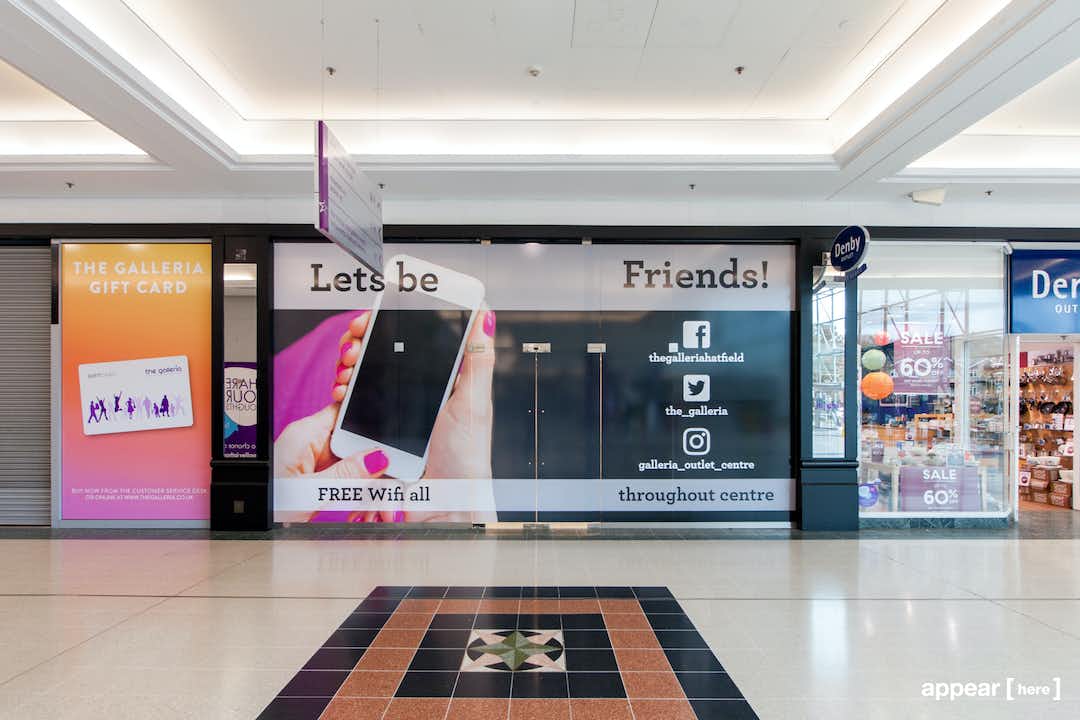 Visible from the A1 that runs underneath it, The Galleria outlet centre attracts 4.6 million people each year with its collection of household names and designer brands. Set up shop in this large white-boxed retail space to rent next to the entrance from the car park.

As well as bargain-hunting shoppers, The Galleria is a hit with families and a popular hangout for the students of the University of Hertfordshire (over the road). Weekends are busy in the daytimes with parents and kids, and in the evenings until late with cinema-goers and diners. With the centre being only 6 miles from the M25, you’ll see a fair few visitors from the London area as well as locals. There are regular trains to Hatfield station from King's Cross.

Next door is a Denby pottery shop, and two doors down is The Galleria’s SEGA Prize Zone amusement arcade. Opposite is a beauty salon.

Pricing is exclusive of business rates and subject to contract.

A deposit may be required on this space.