If you’re looking for a meaningful way to support amazing women this International Women’s Day (or, indeed, any other time of the year), you only need to walk to your nearest high street. Across the streets of our busiest cities, there are women making waves; and there isn’t a more opportune time to show your support than the month of March. At Appear Here, we’re proud to be giving our community of women-founded brands the space needed to make their ideas happen. In fact, 70% of ideas created on Appear Here are by women. It’s clear that having a space of one’s own is an important tool for women to become the change they want to see on the streets. Here's our selection of women-run businesses opening stores with us this March:

In an infamously male-dominated industry, Chef Abby Lee founded Mambow to carve her own way. Abby was raised in Singapore and Malaysia but trained in restaurants in Italy. Now she's brought that combination of Eastern and Western flavours to London to launch her first kitchen in Spitalfields, on Commercial Street and we can confirm it's delicious. The locally-sourced, sustainably-run menu; offers ‘food from the soul’ for the weary Londoner.

The foundations of Vanessa’s boundary-pushing fashion label were laid when she studied fashion in apartheid-era South Africa, her label continues to challenge social and political issues through its designs to this day. All her fair-trade garments are cut, patterned and sewed in South Africa, and her stunning store can be found in London until June.

Founded by Priscilla Shunmugan, the Singaporean womenswear brand will open in London this March. Her aim is to educate the world on the themes of origin and identity through fashion; whether it’s through empowering others who wear her label or lecturing at universities and museums on the subject of Asian fashion. Her first London pop-up runs until mid-May.

Proof that being a stay-at-home mum doesn’t have to limit your business, founder of Drunk Elephant Tiffany Masterson took her passion project to international success as one of the most exciting cult beauty brands on the market. Following the success of her first New York pop-up with Appear Here ‘The House of Drunk' , she’ll be opening her second store in L.A. very soon.

Blurring the lines between street and workwear, Calgary-born Jennifer Kwan founded her label with the aim to empower the everyday woman. The London-based brand will be popping up until April, so make sure you don’t miss out on this emerging female-founded label.

Julia Nodaleto’s much lauded footwear brand only launched last year but will take to the streets of Paris again this weekend to repeat their success. Inspired by the journey of the everyday woman, each pair of Nodaleto shoes is made in Venice and encapsulates bold luxury. You'll have to keep your ear to the ground, the exclusive sale is invite only.

Appearing at:
Secret Location, Paris (RSVP to their insta for an invite)
Until March 8

With a focus on giving back to its community, eco-friendly brand Briseis Beauty will be opened its doors this March in New York. Curated by its founder Aida, the store will serve to educate on living holistically through a curated series of events and drop-in wellness sessions. Got a furry friend? The store holds regular dog massage sessions so you can treat yourself while your puppy gets pampered.

Born from the frustration of not finding anywhere to eat as a new mother that was suitable, well-equipped or even welcoming, Flis founded Fox & Kit; a totaly family-friendly cafe in Bath that offered a place of solace for parents and children alike. Any local parents reading: take note this is a truly welcoming environment.

Appearing at:
The Corridor, Bath
Until August 31

Founded in Pakistan by Agha Hira and Agha Noor (aged 22 and 17 at the time) Agha Noor the brand grew from a passion project between sisters and friends into an internationally renowned brand. The pair keep an accessible price point for customers at the forefront of their business plan and cause queues round the block wherever they open.

Appearing at:
Bullring, Birmingham
Until December 2020

This is one for the art-lovers. Founded by two friends working in the arts, Shannon Heather and Ellena Dobby, The ReWrite Company seeks to incubate the best of London’s female artists in a safe and inclusive environment, away from the male-dominated art world the pair have experienced as emerging artists. 15 different female artists will exhibit new interpretations of women in classic mythology, catch it this weekend only. 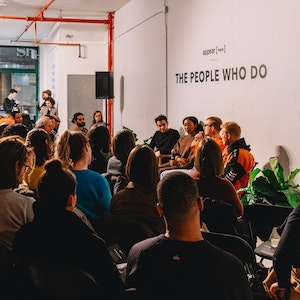 The Art of Making An Idea Happen 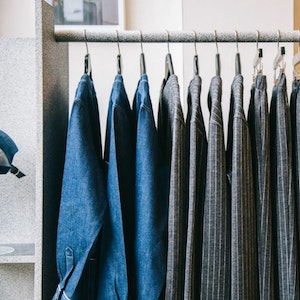 What are the pros and cons of a pop up store?

Things to be aware of if you’re planning on popping up.