3 East Coast brands that started with a pop-up

Amazon has made headlines recently by opening dozens of pop-ups around the world to give a physical presence to its brand. This trend—major tech and commerce giants turning to pop-ups—is one we’ve been seeing more of lately, but it’s important to remember that pop-ups are also wonderful tools for small, new brands. In fact, they can be very effective in bringing a brand to life for the first time.

Pop-ups give young brands that wouldn’t otherwise be able to afford retail space the ability to test drive their ideas and grow their community. Here we explore three successful East Coast brands that got a leg up from their initial pop-ups

Korilla started out in 2010 as a tiger-striped food truck selling Korean barbecue bowls and burritos around New York City. Edward Song, a Columbia University graduate with no culinary experience, started the truck when he couldn’t get a job during the 2008 financial recession. With few marketing and finance jobs available to him, he felt empowered to do something creative and set out to open a Korean barbecue restaurant. But as he went from landlord to landlord trying to rent a commercial space, he came up short.

“I spent a year or two going to every single listing, and meeting every single broker. I thought it was a renter’s market,” he explained in a segment on The Buki Show. “But I never got past first base. I had nothing going for me! I really didn’t know what I was doing. I had no idea how to negotiate a real estate deal. I didn’t even know what team members I needed. I spent two years learning from the bottom.”

So he got his hands on something he could: a food truck. He spent four years bringing his Korean eats to the masses, popping up in neighborhoods all over the city, testing out the product and building a name for himself and his brand along the way. The truck’s success, which was aided by its appearance on The Great Food Truck Race on the Food Network, allowed Song to confidently open a brick-and-mortar restaurant in the East Village in 2014.

Because he had tested the idea and grown a loyal following with the truck, his restaurant opening was met with much anticipation and covered by publications like Eater. Even after the brick-and-mortar location was opened, Song continued to use the truck to pop up in other neighborhoods each week and work out where the new demand was. Most recently, he and his team have announced they will open another location in Brooklyn, based on the success of the truck’s visits there.

Smoke + Ash, a clothing boutique formerly known as Sauvage, has a cult following among Toronto locals and visitors alike. It was founded in 2012, when Jaya Kahlon wanted to bring her favorite global clothing brands to Toronto’s notoriously fashionable crowd. She was convinced there would be demand for these labels that created “standout pieces that are on-trend but still unique and easy to wear.” Before committing to a long-term retail lease, she decided to test the idea to see how locals reacted.

After just a few months in business, the temporary retail location in Queen Street West was drawing in shoppers from all over. Kahlon was able to interact with customers and hear more about their style preferences and favorite in-store items. Quickly, she was persuaded to open a permanent location, and after having spent time with customers, she was armed with important feedback: there were indeed many fashion-forward women who felt restricted by the lack of global fashion brands available in Toronto. In particular, she found they loved jewelry and purses, which helped in deciding how to stock the permanent space.

Reversing the path of most modern brands, Kahlon opened an e-commerce site only after she saw how customers physically reacted to the store. Now, she has not only the permanent storefront in Toronto, but also a thriving online brand with customers from around the world.

Word Up — A Community Book Store No One Knew They Needed

Pop ups and retail spaces aren’t only for commercial businesses. They can be used to kickstart non-profit community organizations as well. Word Up, a community bookstore in Washington Heights, New York City, began as a one-month pop-up in the summer of 2011.

“Though I could easily hop on a train and travel to any of the bookstores I enjoy frequenting, a lack of them in our intensely populated neighborhood meant that there were a ton of kids who weren’t growing up with the experience of having such a space close by,” said Word Up founder Veronica Liu in a blog Q&A with a local book publisher.

So Liu decided to start a month-long pop-up, with the space donated from a local landlord and the books donated from nearby publishing companies. Quickly, the neighborhood began to talk about the necessity of this bookshop for the good of the students and community, and an arts organization was compelled to pay rent for the space for a year. When the rent cost suddenly skyrocketed the following year, the shop was forced to shut down, but it wasn’t long before the community banned together to raise the funds and open a permanent location. Together they raised $60,000 through an online crowdfunding campaign, and in 2013, Liu and the community reopened the bookshop that is still around today.

“The biggest decision a pop-up shop can make would be to transition to being a more permanent space,” Liu explained. And with such a clear need for the bookshop, Liu added, “It soon felt like it would be a disservice to the neighborhood if we didn’t try to make that transition.” 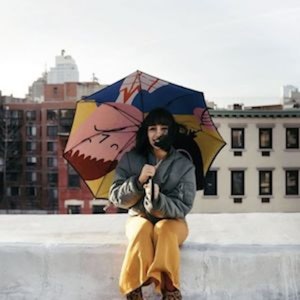 Social media has become a given for any brand or store. It’s no longer a question of if a brand uses social media, but how... 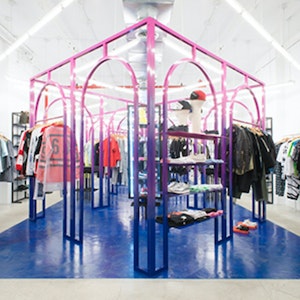