The New York streets to watch

From a comeback kid named Bleecker Street to a cobblestoned street in Noho, these are the five streets in New York you need to know about this year.

Affluent and trendy shoppers are venturing off Broadway and heading for the smaller and less crowded cobblestoned streets of Noho. In between Broadway and Bowery, little Bond Street offers a more welcoming and relaxed vibe for shopping. Among the beautiful architecture are brands like C'H'C'M and Lululemon, as well as sought-after neighborhood restaurants like BONDST, Il Buco and The Smile. Bond Street's cool sense of ease paired with its diverse mix of businesses makes it a great spot to launch a pop up. This last year has seen a few growing online direct-to-consumer brands flock here, including cult luggage brand, Away, and everyone's favorite sustainable fashion label, Reformation. They were joined by Goop's first-ever shop in November, and Casper is next to set up shop here. It’s only a matter of time before other retailers follow suit.

Appear at the Red Brick Boutique or The Landmark Flagship.

With a slew of new store openings, Howard Street is becoming Soho’s key design district. With Canal Street Market and Manhattan’s hottest hotels and concept stores around the corner, interesting brands are seeing Howard Street as an exciting place for new ideas. In the last year, the newly opened Roman & Williams Guild flagship became the only physical place you could buy their furniture, the much-anticipated 11 Howard hotel started taking reservations, and Palace Skateboards opened their first New York storefront. As for the long-standing residents? You'll find Opening Ceremony, Reformation and British designer Tom Dixon in the mix.

Appear at The Grand Street Emporium or the Grand Boutique Shop Share.

If you’re looking for quintessential Brooklyn, Grand Street is the place to be. It’s still got the industrial aesthetic and grittiness of old-school Williamsburg. Supreme’s arrival in November has drawn plenty of new attention to the street, from the lines they generate to the raised skate bowl in store. With the street’s affordable rents, more brands are expected to follow in Supreme’s footsteps and set up shop close by. A thriving mix of independent brands already exist here to serve the neighborhood, including Fool’s Gold’s reopened flagship, the urban garden center Sprout, and the recently opened zero-waste Package Free shop.

Appear at the Rustic Basement Bar or this Unique Space.

Dumbo is the topic of conversation this year with the highly anticipated arrival of both Soho House and The Wing, who’ve chosen to launch their Brooklyn locations here. The Wing is opening in Dumbo’s famed Clocktower Building and Soho House will be coming to Brooklyn Bridge Park. Among those that have recently opened in the neighborhood are the eco-friendly 1 Hotel and the chic Italian restaurant, Cecconi’s. Right by the waterfront, Front Street’s street appeal makes it a sought-after spot for independent brands looking to be part of an up-and-coming scene that caters to the young, affluent, and tourists, too.

From the most sought-after street in one of New York's most beautiful neighborhoods to a street of vacant storefronts, the rise and fall of a luxury shopping spot has hit close to home for many brands. There’s been plenty of speculation around what’s next for Bleecker Street, but signs of a revival are showing. As landlords lower rent prices, incoming pop up shops and independent businesses are joining anchor stores like Magnolia Bakery, Diptyque, Sisley and Aesop. The new arrival of upmarket lifestyle brands like Hill House Home and neighboring TDE will bring back a bit of retail glamour to Bleecker Street, reviving it with their new forms of style.

Appear at The Old Purple Bakery. 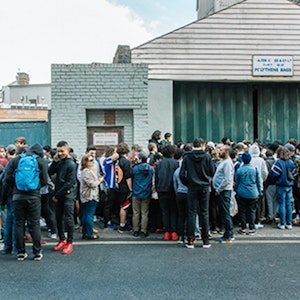 Brands take note, we look at the trends poised to go big in the world of retail. 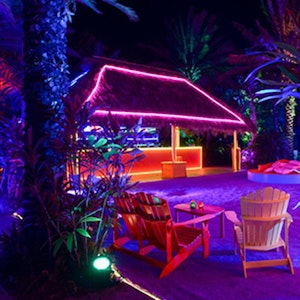 The brands that nailed the retail game and went viral while they were at it.