Beyond organic: sustainable practices in the restaurant industry

As the world becomes increasingly conscious about food, these restaurants in London, Paris and New York are leading the way toward a more sustainable future.

How we eat is changing. When it comes to food consumption, people have become more aware of the health and environmental implications of their choices. It's no wonder, considering that the impact of our global food service and food retail industries are among the most detrimental toward global warming and other growing ecological concerns.

Fortunately, it’s becoming more mainstream to think about consuming food in a way that is better for both people and our planet. Restaurants and food retailers around the world are adopting more environmentally friendly practices that strengthen their brands and attract the socially conscious. In fact, millennials are the first generation who are willing to spend more for better quality, sustainability and traceability.

Whether through a commitment to local produce, waste reduction or an ethical menu, a growing number of restaurateurs with a conscience are inspiring the world to champion a more sustainable future for food.

From local farm to table

Bertrand Grébaut and Théo Pourriat, the two friends behind Parisian restaurant Septime, are on a mission to run the most sustainable restaurant on the planet. From the wine they serve to the veg-heavy menu to the fair treatment of their supply chain workers, it’s important to them that they strive to be sustainable throughout every aspect of their business. It’s this multi-layered strategy that won them a near perfect 100% sustainability score and this year’s Most Sustainable Restaurant award.

In a capital that is world-renowned for its traditional, meat-heavy cuisine, Septime takes a novel approach to rethinking the way things are done. It compliments the fact that France is leading the EU when it comes to food system sustainability and food waste.

Continuing the French tradition of “hyper local", Septime’s strategy starts – but certainly doesn’t end – with their sourcing. Ninety-nine percent of the Septime’s produce is grown in France, which counts for everything except coffee, sugar, vanilla and certain citrus fruits. The restaurant sources from local urban farmers and has invested in a farm just outside of Paris. They’re also dedicated to seed preservation through working with farmers and a collective of chefs to save 1,400 seed varieties in a project called Conservatoire du Gout.

In London, more restaurants and food initiatives are emerging that adopt a similar approach to local sourcing, predominantly by building close relationships with local farmers. At Spring, a restaurant in Somerset House, Australian-born chef Skye Gyngenal sources almost all of her restaurant’s food exclusively from Fern Verrow biodynamic farm in Yorkshire, for example.

E5 bakehouse, an independent organic bakery under the railway arches near London Fields, takes a step further. They grow and mill their own grains as well as produce their own flour as part of a commitment to use only UK grown wheat. The bakery is also focused on minimizing its carbon footprint through using energy from renewable sources and biodegradable packaging, as well as composting and delivering their baked goods via bicycle.

Cities like New York and San Francisco are surrounded by farmland, so the challenge is not so much to source locally as it is to utilize small scale farmers of the immediate region. In New York, the idea of urban farming is also being spearheaded by the food industry, with examples such as West Village restaurant Rosemary’s and Brooklyn Grange Farms transforming their rooftops into thriving farms.

Guaranteeing to customers that produce is grown hyper-locally and mindfully massively adds value to a restaurant’s appeal. It means that they're cutting out on food miles and over-processing, as well as preserving natural ingredients and supporting local communities. But restaurants who are truly committed to sustainability don’t stop there.

About 1.3 billion tons of food are wasted every year, equating to a third of the entire world’s consumption. In the UK, food waste is estimated to cost UK restaurants more than £680 million a year alone. Re-thinking ways to reduce food waste can be hugely viable for the restaurant sector, both financially and ethically.

Silo, a restaurant in Brighton committed to being "zero waste", is proving to be exceptionally innovative. Everything has been considered, from the upcycled furniture and plates made out of recycled plastic bags down to their “nose to tail” ideology – meaning that if an animal dies for food it is respectfully maximized. Whatever might be left over is put into an "aerobic digestor" which generates up to 60 kilograms of compost within 24 hours.

Others are reimagining how food waste can be creatively repurposed, led by world renowned "philosopher chef" Dan Barber, a New Yorker known for his devotion to advancing sustainable farming initiatives. Barber recently brought wastED, a pop-up restaurant concept, to the rooftop of London’s Selfridges, where he designed delicious dishes out of food from agriculture waste that is normally deemed unpalatable.

For restaurants practicing sustainability, it’s not just about the food that’s served– the drinks menu is equally important. This has been apparent in the recent rise of biodynamic wines, or natural wines that have been made with little to no intervention. The natural wine movement is taking the traditional industry by storm and empowering independent and ethical winemakers around the world.

Take TINTE, a wine you’ll find on the menu at Silo, for example. TINTE is a biodynamic orange wine made by Vidacycle, run by a family based between London and Chile where they own a small scale regenerative farm. Alongside Silo’s natural wine selection, you’ll find other fermented drinks made using foraged and intercepted plants, herbs, vegetables and fruit.

A handful of Londoner bartenders are even making a point of creating cocktails from waste. Ryan Chetiyawardana, or “Mr Lyan”, opened the first cocktail bar to use no perishables, no fruit and even no ice. He creates what he calls "closed-loop" cocktails at his two bars, White Lyan in Hoxton and Dandelyan at the Mondrian. The drinks incorporate leftovers from previous cocktails, making a point to prove that luxury doesn’t need to be wasteful or excessive...

A new standard of food franchise has also emerged in the name of sustainability: you can eat healthily, locally and at a chain. Take Sweetgreen, the popular fast-casual chain known for its "simple, seasonal, healthy" salads. With over 60 locations across the US, Sweetgreen works with a network of 500 local and sustainable farms, highlighted on the chalkboard walls of each restaurant.

In London there’s Wahaca, the Mexican street food chain that focuses on ethical dining. You only need to glance at the menu to know where their meat is sourced. The Mexican chillies used in their sauces are grown locally by the South Devon Chilli farm to cut down on imports and the restaurants are fitted out with recycled materials.

Sushi chains could be contested to be among the most unsustainable, especially when it comes to fish sourcing. However, London-based Feng Sushi is setting an example by promoting readily available British fish (such as line-caught mackerel) and ensuring all their fish is Marine Stewardship Council approved. They also work with UK farmers to grow produce usually only found in Asia, such as edamame beans, as well as using biodegradable packaging and bamboo chopsticks.

From the supermarket shelves to fast food joints to cocktail bars, sustainability is on its way to becoming the new standard. The world is waking up to the ramifications of our globalized food systems. It’s the restaurateurs, chefs and bartenders coming up with more resourceful ideas who are leading the way by creating new expectations for how we’ll enjoy food in the future. 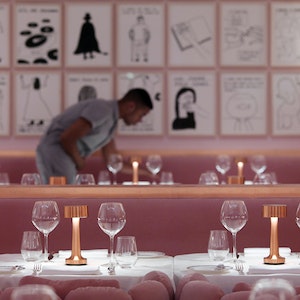 The world’s most Instagrammable restaurants

Take a look inside some of the world's most beautiful restaurants. 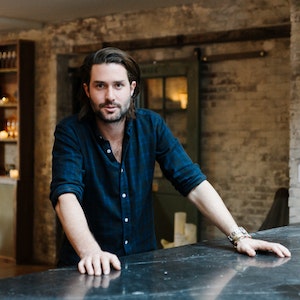