This week: Sooo, what happens now? To endure this COVID winter and beyond, what small businesses need from big government.

The mood may be jubilant, but it’s time to roll up our sleeves.

• Starting tonight, there’s a new curfew on bars and restaurants in New York as the state sees rising infection rates. “We’re tired of Covid, but Covid isn’t tired of us,” said NY Gov. Andrew Cuomo. Across the U.S., nearly 25% of all small businesses remain shuttered, with that number rising above 40% in cities like New Orleans and San Francisco. 98,000 small businesses have closed permanently, with bars and restaurants hit the hardest.

• That wish list for St. Nick? Here’s what we’d ask for from Biden. Forbes interviewed a number of execs in retail, real estate, and fashion about what they’d say if they had a direct line to the Oval Office. “Before you incentivize consumers, you should empower and help fund the businesses… If the government can help SMBs finance their dreams during the season, they will be able to put their blood, sweat and tears into their physical retail channels,” said Jay Norris, CEO of Guesst. “Rent relief and free trade would go a long way toward improving retailers’ fortunes,” said Stacy Bendet, CEO of Alice & Olivia. “The retail industry will need a fearless champion in the Biden White House… somebody who understands that retail is one of the pillars of job creation and economic health,” said writer Simon Doonan.

• In a recent speech, President-elect Biden pledged to help small businesses, and has proposed a “restart package” to get relief to enterprises in the form of flexible grants for “truly small businesses that have lost substantial revenue” – especially those owned by women and minorities who have been disproportionately affected by the pandemic. But with another stimulus bill stalled in Congress and holiday spending uncertain, the next election outcome we’re anxiously awaiting is the Senate race in Georgia. Moody’s – one of the Big Three credit rating agencies – predicts an increase of economic growth and a higher number of jobs created, should the Democrats take control. Without more federal aid and PPE funding, the winter could be catastrophic.

While the outbound administration blocks transition procedure, and the Flat Earthers are still claiming election fraud – many business leaders have moved on. “Now is the time to come together and unite around the substantial challenges we face and for the betterment of our country,” said Matthew Shay, CEO of the National Retail Federation.

We’re one week into new lockdowns in the UK and across Europe. With footfall down 75% in England, 363,000 specialist shops are closed during one of the most crucial moments of the year.

• 99% of enterprises in the British economy are SMEs. That’s right, 99%. Over two-thirds of entrepreneurs fear their business might not survive, according to a new study by Kings’ Business School, with those led by women impacted more adversely – 72% reported lower trading volume, versus 56% for men. That’s 16 million people with their jobs on the line, and 6 million vibrant local businesses that might disappear from our streets. “It’s critical the new job support scheme is straightforward to use, the self-employed can access the help they require, and local authority cash grants reach as many of those in need as possible,” said Mike Cherry, chair of The Federation of Small Businesses.

• “A package of measures to provide additional support for companies through the next month is now essential,” wrote The Financial Times Editorial Board in an opinion piece. With the government announcing a national lockdown only 10 days after Johnson described it as “the height of absurdity” – the question remains: how much longer will this one actually last? “Retailers who have been forced to close will be counting the cost of each passing day, which is why it is vital they are able to reopen from 2 December,” said Kyle Monk, director of insight at the British Retail Consortium.

• The Booksellers Association is calling on the UK government to follow Belgium’s lead and include bookshops on the list of essential businesses. “In Greater Manchester… for some people, overtly buying from independent businesses has become an act of defiance, of sorts,” wrote Suzy Prince, co-owner of Bobcap Books, in The Guardian. Officials in France are clamping down on defiant bookstores and other non-essential shops attempting to stay open. “The bouquinistes have been here since the Middle Ages,” a Parisian bookseller along the Seine told The New York Times. “I’d like to think that the coronavirus won’t finish us off.”

With an effective vaccine on the horizon, “[it] would suggest the current recession is temporary and that governments should provide a financial bridge for companies and employees,” wrote Ferdinando Giugliano in Bloomberg.

If you’re as old as we are, you’ll probably need a refresher on the concept of laissez-faire economics that we learned about in high school. Forget Adam Smith’s “invisible hand” of market forces. Basically, right now we need the opposite. With so many independents on the precipice, government intervention is critical. Show us that hand. 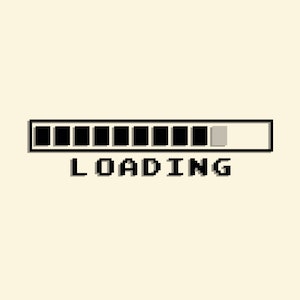 Here we go again! Some lessons learnt from lockdowns past, and our hopes for the future. (They’re pinned on you, Joe). 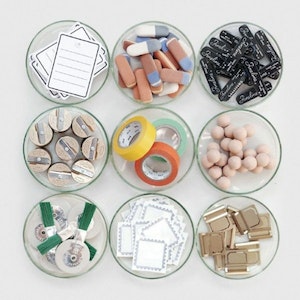 The Five at Five: Team Choice