This week: As heat waves ignite across our streets: delays, closures, and an eye toward a carbon neutral future.

TOO HOT TO WORK

Records for the hottest temperatures in history keep getting broken — and then broken again.

On July 18th, France recorded historical highs in 64 different regions, reports Barrons. In the UK, last week brought two days straight of record-setting highs, eventually reaching 104.5 °F, during a week of what the Washington Post correctly called a “freakish heat.” And in the U.S., 359 daily high-temperature records over the last week, according to NOAA's National Center for Environmental Information.

Climate experts were quick to point out: That human-accelerated climate change we’ve been warning you about? Yeah, its dangers are not a drill.

• In parts of Europe, where air conditioning units are few and far between, the heatwaves led to public transit shutdowns and closures of schools, museums, and shops. Unaccustomed to the sweltering heat, Britain in particular lacked the infrastructure to keep workers, tourists, and school children cool. “No law in the UK says a given temperature is too hot or cold to work,” reports the BBC. But last week, the verdict was clear: It was too damn hot. For a time, the heatwave effectively led to a shutdown of public life. And even though the New York Times cutely referred to these slowdowns as “involuntary siestas,” the heat’s effects on economic life were serious.

• For small businesses, the uncharacteristic heat has meant having to adjust operating hours to cooler times of day when working conditions are safer and foot traffic picks up. During the daytime some temperatures have been too hot, even for ice cream. “People don’t really want to walk around when it’s 90-some-odd degrees outside,” Robert Rook, founder of Boston ice cream store Emack and Bolio’s told the Boston Globe. “There’s a little less traffic during the day [but] the nights during the heatwave are always a lot busier than normal.”

• “Rising extreme heat will make it increasingly hard for workers to do their jobs, shaving hundreds of billions of dollars off the U.S. economy each year,” reports Time. Manufacturing, construction, transportation, tourism, and agriculture have typically been the industries most impacted by the heatwaves and the drop in productivity they tend to bring. Researchers predict these heat waves will become more common, not less, and if history bears significance, the price tag of this sweltering new normal will be a hefty one. “Between 1980 and 2000, heat waves in 32 European countries cost up to $71 billion,” the World Economic Forum found.

Sales of rosé, ice cream, and fans may be up for the time being, or so says the Guardian — but these feel like a cold comfort in the context of birds literally falling from the sky due to the extreme temperatures.

The heatwaves have been a wake up call for all who have been affected, and brought into focus the need for large-scale efforts to reduce carbon emissions, which last year’s UN Climate Change Conference in Glasgow (COP26) named a main culprit in the world’s global warming crisis.

• “Businesses will play a major role in a lasting climate solution,” reports McKinsey. Just five years ago, there were only a couple of major retailers taking decarbonization efforts seriously, mostly due to concerns over the cost of redesigning parts of the production process that reducing carbon emissions would require (and locating the funds to pay for it). But now more than 65 global retailers are joining in, and the number is more than doubling each year. “Retail was late to the party, but it has begun to make up for lost time,” McKinsey’s report on retail and sustainability found.

• On a local level, efforts to rethink carbon-heavy products and industries are flourishing too. Maeving, a UK-based electric vehicle company, has created Britain’s first locally produced electric motorcycle. After a successful pop up last February, the EV brand is setting up shop again at Appear Here’s London Bridge space, in a mission to popularize its sustainable, locally made RM1 bike. “No oil, no chain, no petrol, no mess,” the brand promises in a description of the RM1’s rechargeable battery.

• Todelli, another brand launching with Appear Here this week, offers a new food and drink marketplace model that places a premium on local products and ethical supply chains. “Larger retail chains [...] would offer a limited variety and little or no information on the provenance of the goods,” founders Hara Mihailidou and Tony Georgakis discovered before founding their own ethical deli. They visited different trade shows, farms and manufacturers around the UK and Europe to make sure they were sourcing products with a transparent track record of how and where their ingredients came from.

To even come close to the climate goals of the landmark 2015 Paris Agreement, carbon emissions from energy and industry (looking at you, retail) will have to fall by half each decade. That is no small task, but it’s all we’ve got. “When we do truly see the world we’ve made, we will also find a way to make it livable,'' writes climate journalist David Wallace Wells.

“The alternative is simply unimaginable.” 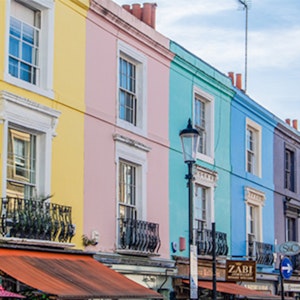 Neighborhood guides: Live like a local in Notting Hill, London

Perhaps one of London’s most famous neighborhoods, Notting Hill is certainly worthy of the hype. 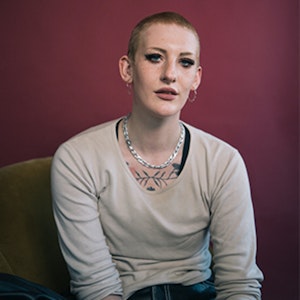 The Five at Five: Bee Illustrates