This week: A year into the pandemic, where do women in the workplace stand? Hint: we’ve come a long (wrong) way, baby.

When it comes to women’s rights, it looks like the world is heading in reverse. Fallout from the pandemic is hitting women disproportionately, on all fronts. In twelve months, years of progress have already been undone.

• In the before times, women already did 75% of the billions of hours of unpaid work in homes around the world. COVID has just made it all worse. Their earnings have dropped, more women than men have been made redundant, and those who still have a job are considering leaving altogether due to the relentlessness of domestic drudgery and caretaking. It’s a “she-cession,” according to PwC.

• Gender parity. Sounds pretty basic, no? It’s one of the reasons we’ve got viable vaccines. In England, female entrepreneurs are less likely than men to apply for funding and when they do, they receive less. “Gender responsive policy reform is critical to ensure the UK economy does indeed ‘build back better’,” said Nicola Patterson, a member of The Women’s Enterprise Policy Group. Speaking of parity, there are only four women in the Cabinet. Leave it to Canada to form a female-only task force to advise the government on issues of gender equity.

• Kamala might be VEEP, but the situation in the States is dire. Women’s participation in the labor force has dropped to its lowest point since the ‘80s. About the droves of women leaving the workplace? “It’s a national emergency,” she said. It’s a worldwide emergency. “Empowering women to participate fully in the modern economy would light a fire under global growth,” reported Bloomberg.

International Women’s Day made us wonder – it’s 2021, why is 49.5% of the world’s population still fighting for equality?

So what about women in retail? The retail industry is the second biggest private-sector employer in the U.S. Nearly half of those employees? You guessed it: women.

• But there’s a split when it comes to success at the top, and reality at the bottom. The number of female CEOs running Fortune 500 companies is at a record high – and 25% of those ladies are in retail. They’re also particularly prominent in the C-suites of major fashion brands. “And yet, even as female representation improves among chief executives, it’s impossible to ignore the millions of women on the industry’s lower rungs… who continue to bear the brunt of the crisis,” reported Footwear News.

• Nearly one-fifth of women in the UK are interested in starting their own business, according to new research commissioned by Small Business Britain. Our own little news nib for ya: 70% of the requests on Appear Here come from female entrepreneurs. GTK that although women are underrepresented in Big Retail’s top jobs, when it comes to indies – they’re in the lead.

• A look back at the original lady founders reminds us what – against all odds – a woman on a mission can do. While Dame Mary Quant may not have invented the miniskirt, we can thank her for hot pants – and for popularizing the liberating garments that became symbols of the ‘60s feminist movement. Madame C.J. Walker, born to enslaved parents, became America’s first Black woman millionaire from her wildly popular hair care products.

For every encouraging stat, there’s a disconcerting fact. Yay: Women-led VCs have quadrupled over the past five years. Nay: Only 4.9% of VC partners in the U.S. are female. Black businesswomen are the fastest-growing demographic of entrepreneurs, but their struggle to access credit is a huge hurdle on the road to recovery.

So, how to shatter ceilings?

Not to spout platitudes – but change starts with you. Where you shop, matters. Who you hire, matters too. 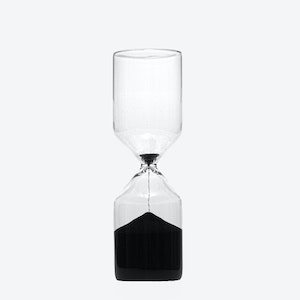 Foot traffic is ticking back up. Reopening days are here, or on the horizon. After a year spent at home, how will shopping change? 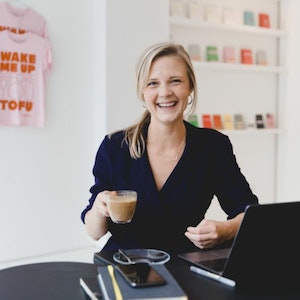 The Five at Five: Thingtesting