This week: Our hopes. Our dreams. Our predictions for the coming year. What we’re excited about, and what we won’t mind letting go.

Well aren’t you an eager beaver. If you’re (the lone person) reading this while nursing a hangover, rejoice – we’ve made it to the other side.

• Hallelujah! At long last, a federal aid package 2.0 is here – including provisions to support minority-owned businesses and independents. With targeted aid for small businesses, publicly traded companies won’t be able to apply this time around. In a blow to hospitality, the Restaurants Act, providing specific relief to eateries, was not included. President-elect Biden called the bill “critical temporary support,” but urged Congress to pass further measures in January. Something to look forward to this month? Inauguration Day.

• Shopify saw meteoric growth last year, hosting 218 million shoppers on their platform. They’ve even got Bezos scared. So when they put out a report on the Future of Commerce, we took notes. Most highlighted: “Consumer intentions lean towards supporting independent businesses.” The primary reason for doing so varies across countries – Americans want to support entrepreneurship, the Japanese like unique products, and Indians prefer the personalized shopping experience. Their research also indicates that the focus on local and sustainable will remain – all good things.

• Who better to turn to than the “Retail Prophet” for some big picture predictions? “Brands will and should become far more opportunistic in terms of where the brand appears, where it pops up, where it delivers experiences. It may be a question of having fewer stores, but fundamentally better stores,” Doug Stephens told The Business of Fashion. The same report noted that temporary formats will become the “very core” of retail. (Tell us about it. We’ve been tooting that horn for the past five years).

While it now might seem like a distant dream, there’s been many an article on a 2021 resurgence of in-person shopping and dining. “We will experience our own version of the Roaring 20s,” said Natalie Berg, retail analyst and founder of NBK Retail.

May we all live in hope.

“Has a year of living with Covid-19 rewired our brains?” wondered The Guardian.
Like, is hoarding just a passing “early quar” phase, or here to stay? Only time (and efficiency of vaccination roll-outs) will tell, but we think people will seek IRL connection, with a major vengeance. We’re all really sick of screens.

• A total exodus to e-commerce? We don’t buy it. Only 15% of consumers were happy with their online shopping experience, according to a December survey. The new (same?) mantra is Ommmmmmnichannel, with Retail Dive reporting that retailers’ best digital asset just may be their brick-and-mortar stores. While online customer acquisition costs are rising, commercial rents are falling – an encouraging moment for experimentation and new ventures.

• People will always want to buy from people. Even impersonal big box giants get it. But are they taking it too far? Walmart is rolling out a new initiative capitalizing on an “army of employee TikTokers” recruited to post content, reported Modern Retail. Other chains have also tried turning their retail employees into brand ambassadors. Our take? “Empowering” workers should look less like gamification, and more like a living wage.

• As far as brand-building goes, the more things change, the more things stay the same. What’s a guy who invested in Goop got to say? “As people are living their lives digitally and on ever-smaller screens, that need for inspiration isn’t going away. What we are seeing is a new generation of brands that are content led,” Frederic Court told Fast Company. IOHO? “Content” is basically a buzzword for “human stories” – it’s just the ways we’re sharing them that’s changed.

From the boob tube to YouTube: what feels semi-futuristic in retail (livestream shopping!) is actually pretty old school (HSN). These days, we’ve got lots of tech… but it all just, well, enables us to connect more with one another. No matter how sci-fi it gets out there, there’s nothing that can replace real life.

So here’s to a new year, though we know 2021 won’t bring a magic bullet that cures all ills. But there’s something rejuvenating about a new beginning, a clean slate.

Don’t know about you, but we could do with some fresh starts. And it looks like you kicked off day one just right. 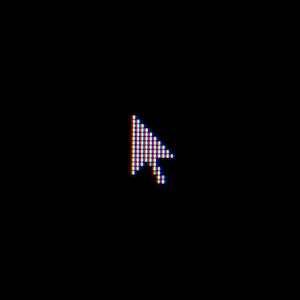 This week: A look back at what you clicked, and why it matters. 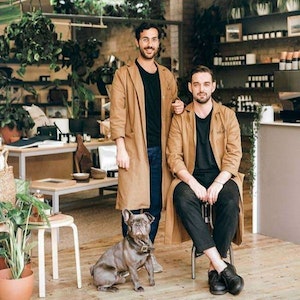 The Five at Five: Earl of East London