This week: Where DTC is heading, and where does it have left to grow?

Guess what? It’s been 13 years since the first digitally native direct-to-consumer companies came on the scene. (Yeah, you’re getting old).

In that time, DTC has become synonymous with “disruptor of industries”. A decade is like a century in disruptor years, though.

• What started with a few players now numbers in the hundreds. So who were the originals, and where are they now? Brian Spaly wanted pants without that “khaki diaper butt” – so he designed his own and started fulfilling orders out of his apartment in 2007. Thus, Bonobos was born, and then bought by Walmart. Warby Parker has been slinging specs since 2010, and now has around 135 stores and counting across North America.

• There have been plenty of failures though. “The DTCs showing sustained success are the ones building a brand, not just a product. Even if they’re not making money yet, they have a vision for how they will evolve beyond their initial product offering to drive growth in the future,” Matt Rednor, founder of Decoded Advertising, told Marketing Dive. “If you’re only focused on your one product, eventually you’ll tap out of all the low hanging fruit and plateau with nowhere to turn other than hoping retail (the thing supposedly being disrupted) will save you”.

• Looks like the black sheep of retail is now wearing the wolf’s clothing. Lines are getting blurrier. DTC is embracing “traditional” strategies like partnering with wholesalers, while more major brands (Nike, Heinz) are going direct. Big corporates are continuing to acquire smaller start-ups at a fast clip: Unilever > Dollar Shave Club, Procter & Gamble > Native Deodorant, Nestlé > Simply Cook. DTC holding companies – which grow or operate brands under one umbrella – are also emerging as of late.

If you really want to get historically accurate, the concept of DTC sales has been around since 18th century milkmen started making the rounds. It’s come a long way since then, from mail order catalogs to being transformed by the internet.

What will its next incarnation be?

Seems like for every category, there’s a DTC brand. “But now that the barrier to entry has become lower than ever… the competition has grown, making it difficult for brands to stand out to consumers,” reported Retail Dive.

So what’s ripe for the taking?

• With medical school applications at record highs, gear tailored for healthcare workers is also on the rise. “Medical-wear is the hot new DTC fascination,” wrote Gabriela Barkho in Modern Retail. Healthcare apparel brand FIGS just IPO’d a few months ago. They’ve got some up-and-comers too. Moxie Scrubs was born out of Harvard’s Innovation Lab in 2019, and Jaanuu wants to be the “Nike of scrubs''. Clove – a hard wearing shoe designed for tireless healthcare workers – launched just before COVID. ​​(Watch this space * get it? * for news on the winter launch of our 2020 Space for Ideas winner – beloved skincare brand Nursem, created by and for nurses).

• Instead of massification, we want personalization. DTC shoppers expect “access and input into the companies they support,” according to the Interactive Advertising Bureau. I see your convenience, and raise you one-to-one customization. GetHarley is what Vogue calls the “Net-a-Porter of skincare,” pairing people with derm experts who recommend products and regimens. Got a grain-free dog? No problem. Tails is “tailor-made” kibble for the dietary needs of man’s best friend.

• “With the consumer abandoning computer screens and moving back to street buying, direct-to-consumer brands are finding partnerships with local stores to continue their success story,” wrote Abe Valliath in Inc. Foxtrot, a chain of neighborhood corner stores (and no, that’s not an oxymoron), is expanding throughout the States. Their focus? Being the preferred retail partner for online DTC darlings like Ghia, Omsom, and Levain Bakery. Also, apparently their in-store experience is “powered by the company’s proprietary digital app”, with an even split between offline and online spending from omnichannel customers.

The latest retail tech on our radar? NearSt, which shows available inventory in nearby stores to local shoppers searching for similar products. Trialed with businesses along London’s Elizabeth and Mount Streets, it might be something of a hit. “We already knew that shoppers were going online to find products in their local stores, but we didn’t realise just how impactful an entire street working together could be,” said CEO Nick Brackenbury.

The takeaway is this: when it’s all killer, no filler – digital DTC could just be the comeback of the Main Street. 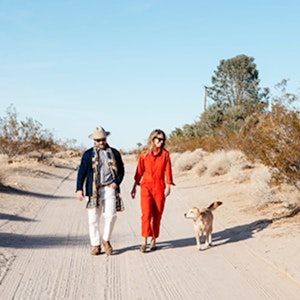 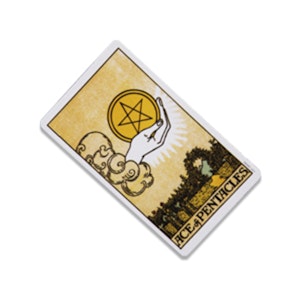 What trend forecasters got right (and wrong) about the fallout from a no good, very bad year.