This week: If you’re a retail employee, we salute you. This edition takes a look back at last year’s challenges, and at what lies ahead.

Stay with us, though.

Last year saw regular retail employees become frontline workers – from grocery store cashiers to stockroom clerks. As the pandemic drags on, let’s take a moment to appreciate the people who keep showing up for the job, and call out the policies that do little to support them.

• In the U.S., where retail employs 32 million people, the National Retail Federation urged the CDC to include frontline retail workers in the first waves of COVID-19 vaccinations. “Is it to preserve worker’s health or industry profits?” wondered Forbes, based on the discontinuation of hazard pay by most retail giants. Grocery workers are already slated to be the next recipients of the jab – but with the rollout, um, chaotic – when that will be is anyone’s guess.

• The biggest American retailers have seen billions in YoY profits, but workers have only received an average pay rise of $1.11 per hour. There are provisions for exactly zero days of paid leave in the new stimulus bill, which had been a lifeline for small businesses before expiring at the end of last year. “Employees are scared of what might be coming,” a Macy’s sales associate told The New York Times. With labor unions emerging in sectors from fast-food to big tech, will we see retail workers of the world unite?

• More than 170,000 retail jobs have been lost in the UK, with the Centre for Retail Research estimating that even more could disappear this year. There’s still no clarity on what will happen to the furlough scheme winding down in April, or what’s going to happen to business rates. “Now it’s the New Year, the start of a national lockdown and still no hint of a reprieve… time is running out!” said John Webber, Head of Business Rates at Colliers International. Let’s hope there’s more up Rishi’s sleeve than a few thousand pounds in one-off top-up grants. Let Gov know what they can do for you, and sign the open letter to #SAVETHESTREET.

For many businesses and employees out there, the weeks ahead are going to be long and cold. But after Winter, must come Spring.

EMPLOYEE OF THE FUTURE

As we hurtle ever faster towards an increasingly digital world, how will this shape the retail landscape and jobs of tomorrow?

• The store of the future will need more adaptable staff who are as versed in merchandising and customer relations as they are in fulfillment. “As retailers add new technology to their stores like self-checkout kiosks, the role of the retail employee is evolving… automation… is freeing up some workers to focus on customer service,” reported CNBC. COVID or not, old-fashioned clienteling is one of the most important tools in a brand’s arsenal, wrote Cathaleen Chen in The Business of Fashion.

• Bricks and mortar retailers know that their employees are “the best differentiator” they have against online competition, according to The Economist. And e-tailers know that people crave connection. “The pandemic has created fertile ground for a new wave of relationship-building,” reported Bloomberg Businessweek, with retailers seeking software solutions to make e-commerce more “personable”. Always chasing some of that IRL magic.

• Change, as always, arrives sooner than we think. Within the next decade, developments in technology will impact a third of tasks in UK retail, per McKinsey. More than half of currently furloughed jobs are at the highest risk of automation, with the government being urged to increase spending on job support and training, especially for the most vulnerable workers.

Ultimately, if a brand’s physical store is a media channel, then retail employees are its most valuable ambassadors. (But please, spare us the TikTok’ing).

You know what they say, that any business is only as good as its people. And in people, there is power. 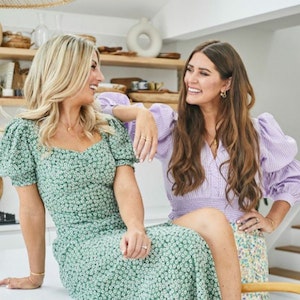 The Five at Five: Grape & Fig 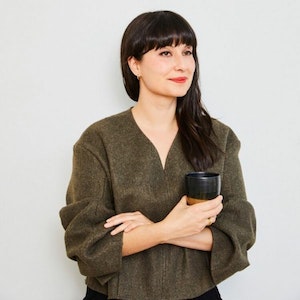 The Five at Five: Maude