This week: For Men's Health Awareness Month, we reimagine what men’s spaces can be.

If you’re seeing more people sporting mustaches this month, we’ll let you in on a tip: it’s Men's Health Awareness Month — and for those who can grow facial hair, it’s just one of the ways to show support and encourage fundraising for men's health causes.

But if a handlebar ‘stache isn’t your style, fret not. There are various ways to check in on the men in your life this month (and always).

• Let’s start here: On average, men visit their doctor half as often as women do, which can lead to a variety of not-so-great outcomes, like delayed diagnoses of serious illnesses like cancer and depression and a stigmatized culture around care. The American Psychological Association found that the more men were socialized by traditional masculine standards, the less likely they were to seek preventative and potentially life-saving health care. In a nutshell: traditional western masculinity has been resistant to all kinds of self-care for far too long.

• “Because of the way many men have been brought up — to be self-sufficient and able to take care of themselves — any sense that things aren’t OK needs to be kept secret,” Dr. Fredric Rabinowitz, a psychologist at the University of Redlands in California told the APA. And the outcome of this is nothing short of tragic. According to the NHS, suicide is the biggest killer of men in England and Wales under the age of 45. For LGBTQ men — particularly trans men — the rates of depression and suicide are some of the highest due to added pressures of discrimination and higher risks of violence.

• We need to cultivate more spaces that encourage care, vulnerability and community among men and boys. Last summer, such a space launched with Appear Here when gym wear retailer Gymshark launched a pop-up barbershop, which connected men with mental health-trained barbers while receiving a free trim. The barbershop is just one part of Gymshark’s Deload initiative, a men’s health platform focused as much on mental health as it is on physical health. “We want to talk about men’s mental health. We don’t talk about it enough – an awful lot of men are struggling,” a Gymshark rep told Retail Gazette.

Another bright spot on our radar: Queercircle, a true example of how physical space can bring together social action, wellbeing programming, and community organising. Bless.

BTW, men’s health is not just a personal issue, it’s a social and political issue, too.

• Case in point? The relationship between masculinity and meat, which has implications for men’s personal health as well as the health of our planet. “At a time when cutting back meat and dairy is widely hailed as the simplest way to reduce our carbon footprint, does the best hope of convincing men to put down their kebabs really rest with a new generation of hench vegan bros?” asks David Hillier in an article for The Guardian. The politics of meat has been a spicy topic within the great masculinity debate (just ask the French), but there have been some encouraging strides in the right direction, with plant-based chefs like Daniel Humm of New York’s swanky Eleven Madison Park restaurant, whose approach seeks to transform the traditional fine-dining culture to be more, conscious, ethical, and responsible.

• In other dispatches from the land of modern masculinity, Harry Styles changed the game when he launched his inclusive beauty brand Pleasing in a series of pop-ups with Appear Here earlier this year. Paper Magazine called Pleasing a continuation of Styles’ “modus operandi of blurring the lines of traditional masculine and feminine concepts.” The shops were a masterclass in bringing a product launch to life within a physical space, featuring instagram-friendly floral-wallpapered walls, and IRL features like printed QR codes that acted as portals to an expanded online experience. Pleasing’s line includes products Styles has worn himself on many a red carpet, including multicolored nail lacquers and two skincare products. And as a conscious cherry on top, Pleasing’s entire line of products is vegan and cruelty-free.

• Earlier this year, The Calm Campaign transformed space along the River Thames to raise awareness about the disproportionate rates of male suicide in the UK. The Last Photo was a public art exhibition highlighting the seemingly happy appearances of people who privately struggled with depression and suicidal thoughts. The project delivers a powerful message: that depression has many faces, and beginning a conversation with a loved one who may be struggling can be a life-saving first step. The campaign states, “If we can all start one conversation about suicide, together we can save more lives. Over dinner. In schools. In offices. At the pub. In parliament. Right across the country.”

During a time when we’ve urged men to take up less space, perhaps it’s time for a conversation about how we can reimagine what men’s spaces can mean. In place of exclusion and competition, what if there was room for cooperation, inclusion, and exchange? Instead of leaving any emotional baggage at the door, there was a way to flip the script on how we expect men and boys to relate to their own feelings?

If you’re looking for ways to help, or for help, try supporting Calm or get involved with the various Movember fundraising initiatives this month. And as always, take care and check in on your people. 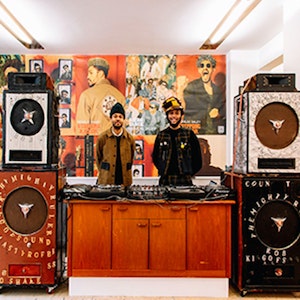 How to launch a fashion pop-up

Emerging creatives in cities across the globe are searching for their perfect fashion space to rent. 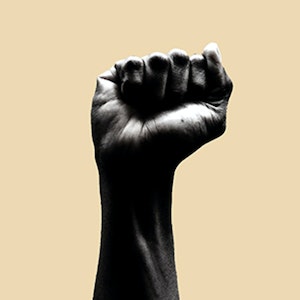 Black businesses are not a monolith. This month, we honor their diversity, ingenuity, and importance.