This week: A George Michael hit, and also… what the UK is ‘bout to get (another) taste of.

It’s the “big bang removal” of restrictions in England. But like, stay cautious. “We cannot simply revert instantly from Monday July 19 to life as it was before Covid,“ announced Boris.

• There’s a mixed reaction from trade bodies and other business groups. UKHospitality and the Night Time Industries Association are welcoming the removal of screening and test-and-trace measures previously required of businesses, but the shopworkers’ union Usdaw said it’s “deeply disappointed” by the lifting of the mask mandate. “Firms have been told to make their own judgments on which Covid secure measures to keep and which to ditch. But they are not public health experts and guidance from government is needed,” said Claire Walker, a director of the British Chambers of Commerce.

• Last month saw a 38% increase in the amount spent in pubs, according to Barclaycard. Eater has a handy FAQ for what you can and can’t do in drinking and dining establishments from next week, when they’ll no longer be table-service only. Guess the answer to this one: “Staff at a pub or restaurant are still wearing masks even though they don’t legally have to, should I scream at them about freedom?”

• Sales have been on the up, even with restrictions in place. In what The Independent is calling a “mammoth rebound,” retail sales – which have been on an upward trend over the past few months – jumped even higher last month. “With many people taking staycations… many have found they have a little extra to spend at the shops, with strong growth in-store in June,” said British Retail Consortium CEO Helen Dickinson.

With policy-making up to retailers from next week, they’ll have to find ways to cater to the 64% of Brits who plan to keep wearing masks, and the 24% who think safety measures make shopping less fun.

“A man who believes the science does not support abandoning Covid restrictions from Monday has plans every night next week,” satirized The Daily Mash.

• Los Angeles, which has one of the country’s highest vaccination rates, decided to reverse course on the whole no-mask-needed thing when Delta variant cases started surging. With hospitalizations rising, some businesses might start requiring proof a patron has been vaxxed. The outlook seems sunny though, with 65% of small enterprises feeling positive about the future. “There’s a real appetite for supporting small business, and there’s a real opportunity to reimagine our out-of-home routines with small business at the center of that,” said Nick Martin, co-founder of Joe Coffee.

• For a city that never sleeps, seems like the hottest time slot for dinner in New York is now… 6 pm? “If you are working in your apartment all day, it’s like the bell rings at 5 and you are ready to go out,” said one restaurateur. Remote work, though, is a real threat to the city’s economic recovery. If just 10% of city workers decide to remain at home, that means more than “100,000 people a day not picking up a coffee and bagel on their way to work or a drink afterward,” said James Parrott, an economist at the New School.

• NYC’s SoHo is the largest urban retail district in the U.S., and it’s also a “test case for a key assumption of economists and retail experts: that the decline in rents due to the pandemic recession will spur businesses to take advantage of lower costs to fill vacant spaces – if office workers and tourists return,” reported The City. With asking rents down 37%, there’s more “creative and flexible deal-making,” said Robin Abrams, vice chairman at real estate agency Compass.

It’s the “summer of possibility,” proclaimed The New York Times. “The evenings have grown long and sultry… joy subsists on the chance to roam, to linger”.

There are 68 days left. Let’s squeeze them dry.

The Five at Five: Megatronic 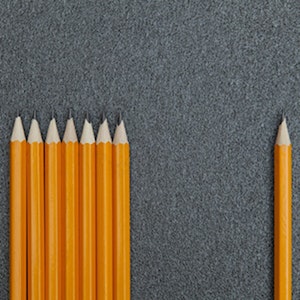 On the long road to “normality”, all signs point to IRL, even for the techiest of tech giants.