This week: To discount, or not to discount? What Black Friday should (or shouldn’t) mean to indies.

Fun fact: the term “Black Friday” was coined in the 1960s, when the kickoff to the holiday season would move retailers from the “red” to the “black.” Last year, it was the most popular day to shop in the U.S. and the busiest in-store shopping holiday. “Black Friday is built in a very simple manner: to sell a lot of goods in a short timeframe,” Lei Duran, senior vice president at Kantar Consulting, told Modern Retail.

• “Consumers Feel Black Friday Is Dead,” ran a headline in Forbes, with the article citing a CommerceHub survey of U.S. shoppers who think a day long-associated with “doorbuster” promos has little relevance this year. “I think COVID was the catalyst for Black Friday either slowing down or going away,” said Ali Besharat, a marketing professor at the University of Denver.

• With fulfillment networks being pushed to the brink and store crowding a concern, major retailers are starting sales earlier than ever. The president of Shopify, Harley Finkelstein, told The Financial Times that Black Friday weekend is “becoming an entire season.” The pandemic has made us planners, too: 60% of shoppers will have purchased presents by the end of this month, according to a survey by UK department store John Lewis. While we’re still leery of crowds, 49% of us plan to shop in stores this season – down only two percentage points from last year – reported Retail Dive.

• “The best Black Friday promotion may be no promotion at all,” wrote Cathaleen Chen in The Business of Fashion. “The whole industry needs to really look at how discount culture benefits them or if it does at all,” said fashion brand adviser Shan Reddy. “It’s easier said than done, but it’s not just about the store saying no, we’re not going to discount. It’s also about limiting the supply. Where is the discount laid upon? Overproduction.”

Grey Thursday, Cyber Monday… it’s all just more of the same. Interest in commercialized shopping events is waning, and this year, the frenzy feels especially out of touch.

Okay. So we know Black Friday is at best uncool, and at worst environmentally damaging. But this year’s “golden quarter” is especially critical for retailers of all sizes, so what’s the alternative?

• In an anti-Black Friday move, Allbirds is actually raising its prices by $1 – and matching an additional dollar to donate towards climate change initiative Fridays for Future. “We don’t believe in discounts,” states their website. (A noble stance, but perhaps easier to claim when your company is valued at $1.6 billion).

• With the UK lockdown costing £2bn a week in lost retail sales, online transactions were up 61% YoY in the first week of November, and retailers are looking to bring the in-store experience online. SMEs – which have been hit the hardest – are increasingly seeking new markets and ways to communicate. It’s the personal relationships with customers that small businesses are banking on, with two-thirds of Britons feeling a personal responsibility to help out struggling shops. The sentiment is there, will it translate to sales?

• Small Business Saturday was conceived by American Express back in 2010 in response to the Great Recession, and they’ve just released their annual ‘Shop Small Impact’ study, which reveals that most people are purposely patronizing their local stores and eateries. 7 in 10 Americans think shopping in-store is worth it if that means helping shops stay open. 59% of Brits also say they now support local businesses more than ever before. Small Business Saturday UK – also backed by AmEx – bills itself as a “grassroots” campaign. Do indies really need a corporate initiative claiming to be a community-driven one?

The pandemic’s impact on small businesses in the UK is estimated to be six times greater than that of the 2008 recession. Perhaps the only profitable and ethical way forward isn’t solely focused on staying in the black.

Over three-fifths of UK business owners want to move towards a greener economy, with nearly half of shoppers also expressing a deeper affinity with sustainability-minded retailers. Most of the world already thinks climate change is as serious as COVID. (Catch up, America). If there’s any bright spot to focus on now, it’s a collective feeling of heightened consciousness. We’ll likely emerge on the other side of this feeling more responsible for ourselves, and for the planet. 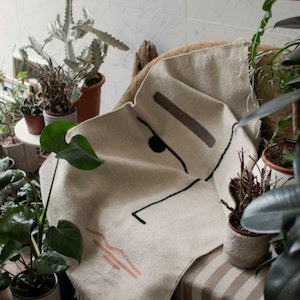 The power of staying in: What’s behind the homeware boom?

Advice on how brands can make the most of this increased demand. 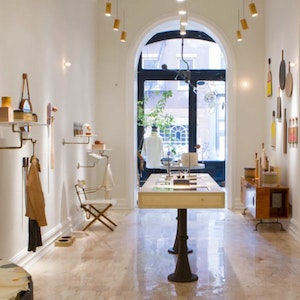 From shoppable galleries to neighborhood boutiques.