Something about living in lockdown makes us want to grab a remote control and hit fast-forward on this shit. It’s no wonder The New York Times dubbed 2020 “The Year of Blur.”

So here’s a thought experiment to occupy you. It’s summer. The birds are singing. That warm breeze blowing is COVID-free.

• People will discover, or cement relationships, with a bunch of brands in their new shops. Opening a physical location now “seems a bit crazy, but a lot of people still value visiting stores,” said Neil Saunders, a retail analyst with GlobalData. Vogue Business reported on the expansion of fashion brands in the U.S., with labels from Alexander McQueen to Thom Browne opening new doors in both cities and suburbs alike. Historically low rents will also give smaller players a chance to test the previously unaffordable waters in prime locations.

• Beauty will be big(ger). We’ll sample ALL the product. “I can’t even imagine how many people are going to get glammed up and go out; people are going to be very excited about that, and we’ll be well-positioned when the time comes,” said Kecia Steelman, chief store operations officer at Ulta Beauty. The industry’s biggest shift? The “melded combination of online and offline experiences,” Barbara Kahn, a professor of marketing at The Wharton School, told Glossy.

• Seemingly – but only seemingly – unrelated is the gamble by deep-pocketed investors on the immersive art world. They’re betting on a return to in-person experiences, in a massive way. “Big picture, the public interest in these kinds of experiences and our artists is only growing, and will likely increase even more after this long period of lockdowns,” Marcy Davis, COO of experiential art platform Superblue, told The New York Times.

Let’s put aside the pandemic for a moment, and remember that the retail as entertainment trend had been gathering steam pre-2020. “Shopatainment is part art, part game show, part theater, part supply chain management, and part auction house. Most of all, it’s retail’s killer app,” said Connie Chan, a partner at VC firm Andreessen Horowitz.

While we’re all itching for human interaction, there will be plenty of us with a newfound germaphobia. What kind of brand spanking new tech will we notice (or not) that keeps us safe on the shop floor?

• Brits might be rolling their eyes, but yes – contactless is finally coming for you, America. Major credit card companies recorded a 150% YoY increase in tap-and-pay transactions. PayPal recently announced plans to incorporate Venmo’s QR-based tech in their POS systems. “The genie is out of the bottle,” Kim Muhota, head of financial services North America at SSA & Co., told Modern Retail. Will we see a widespread adoption of Amazon’s unimaginatively named “Just Walk Out” technology? (It’s exactly what it sounds like – shoppers swipe to enter, then grab, and go).

• Augmented reality is on the rise, with the technology rapidly improving. Trying on for size might soon take on a whole new meaning, with a recent collab between Dior and Snapchat on an AR lens. “The fashion industry of the future will take a hybrid approach between both physical and digital experiences,” noted Abi Buller, foresight writer at The Future Laboratory.

• Swiss running brand On debuted their NYC flagship last month, complete with invisible foot scanners and a “magic wall” that analyzes a person’s running style. Near-field communication technology enables shoppers to hold up their phone to products for more deets, or to access a try on. With the world’s NFC market set to nearly double in the next four years, sounds like advanced data security might be retail’s next frontier.

It might seem far off in the future, but we have the feeling that a winter of hibernation is going to lead to a summer of love. (And experiences, and happenings, and lots of events!).

So, update your vision board and set those intentions. We can still dream. 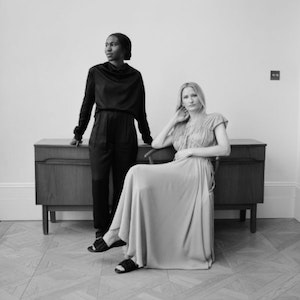 The Five at Five: TOVE 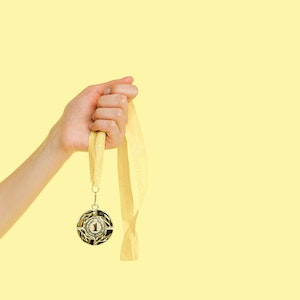 This week: If you’re a retail employee, we salute you.