It’s time to consider the up-and-coming cities that are hot on the heels of the retail heavyweights. Thanks to booming tech scenes, globally recognized events and a new wave of visionary creatives, these destinations should be on the radar of any retailer scouting out their next location. Here are the global cities to watch:

As brands grow tired of the New York attitude and soaring rental prices, the West Coast’s seedbed of enthusiasm seems appealing to anyone looking to give birth to a new business. Just look at Abbot Kinney in Venice which was deemed 'The Coolest Block in America' by GQ. And it seems like every brand both big and small knows it, from Rag & Bone and Le Labo to New York based newcomers, AYR and GREATS. When it comes to making a statement, the LA market is up for it; influencers and low key shoppers alike are obsessed with nailing their perfect online personas through some serious social bragging. That, and the consistently good weather affords plenty of opportunities for amazing outdoors events any time of the year. This could deconstruct the traditional fashion calendar for good and offer more freedom and flexibility to retailers.

Described as “the Missoni of the mountains” by the founder of Tbilisi Fashion Week, Georgia’s beautiful knitwear comes from a heritage of top quality wool tying into a new surge of creativity post soviet control. Here we’re talking about a huge spread of opportunity; as well as commercially busy high streets, three new suburban shopping centres have opened in the past two years. For smaller brands, Chaos Concept Store covers the whole spectrum of fashion retail, from fresh young talent to big names. Did we mention the creative director of Balenciaga hails from Georgia? I mean, it’s a place that holds fashion in its blood.

This Israeli city is on everybody’s lips at the moment as it carries a fair share of controversy. Politics aside, Tel Aviv is known for its huge LGBTQ community and hustling startup scene. There are over 250 retail technology startups operating in Israel and in 2012 Google set up ‘Campus Tel Aviv’ to feed entrepreneurial ideas. Although the city is not an obvious choice when looking for a burgeoning fashion scene, a new mall housing 300 fashion/retail brands is under construction and indie style pioneers Urban Outfitters is launching in the space this spring. Both proof that the city’s new appetite for retail is ready for more brands.

Unlike other big cities that prove to be a tight squeeze, there’s a lot of space to play with in Toronto. Creatives have clocked onto this and now vacant buildings are being turned into food, art and culture-filled pop-up experiences. The Station (one of the busiest buildings in Canada) was transformed into a hub for independent, local businesses, while the venue Waterworks hosts endless pop-up events. There are still several buildings sitting empty in Toronto waiting for a big idea or two, so consider it your blank canvas, and be quick.

The world was watching Seoul in February this year as the Winter Olympics hit the South Korean capital, earning the city a lot of global attention. Looking beyond snow sports, the Seoul shopping scene is huge, particularly for beauty and fashion. Not to mention Seoul consumers are crazy about trends and generally have a lot of cash to fritter away. As a cheaper, up-and-coming alternative to Tokyo, Seoul Fashion Week has helped put the city on the map when it comes to retail. The event often acts as a springboard for emerging designers to test the waters, so make sure to keep an eye out for who’s up next.

Paris established itself as the fashion capital decades ago, but the city proves the title is well-deserved year on year by continually reinventing its image. Responding to modern buying behaviors, the city has come a long way from eye-watering luxury price tags and is now turning to nurturing the new kids on the block. The world’s largest startup campus, Station F, opened in Paris last year, which seeks to foster innovation and help the younger, fervent generation wriggle their way into the retail industry. Last autumn, Paris once again cemented its reputation as the world’s most exciting fashion destination by opening the Musée Yves Saint Laurent. You know, just in case anyone was on the cusp of forgetting the city’s legacy of style greatness. 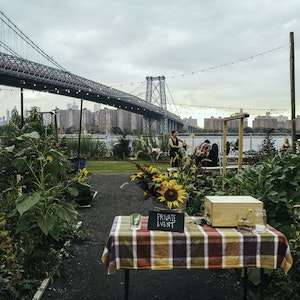 Growing a green space: the evolution of North Brooklyn Farms

Here’s how the vision developed from the ground up. 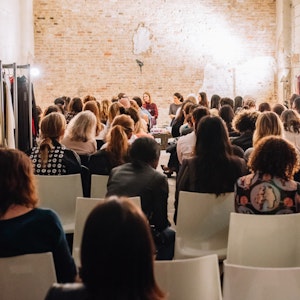 Recap: how to stand out as a young designer

At February's Underground Session, we chatted with Who What Wear, Nineteenth Amendment and In Support Of on how to make a splash.