This week: Think you know the American millennial market? Guess what… you don’t.

Let’s be real. Whether an ambitious brand is based in London or Tokyo, ‘Murica pretty much always features in start-up growth strategies.

Pop quiz: who is the largest minority in the US of A? The answer is Hispanics, mi amigo. With the country celebrating Hispanic Heritage Month, we think now is a good time as any to spread some knowledge about a hugely diverse and little understood group. (Editor’s note: the U.S. Gov uses “Hispanic” and “Latino” interchangeably, but that’s a whole book. We’ll go with the gender neutral Latinx).

• If the U.S. Latinx community were its own country, its $2.3 trillion GDP would make it the third fastest-growing economy in the world. The group also accounts for over half of the nation’s population growth in the last decade. “The Latino population has been dispersing across the United States for years – a reflection of where the nation’s population is moving and where opportunities are located,” said Mark Hugo Lopez, a director at the Pew Research Center. How might America stay at the top of the economic totem pole? Latinx Gen Z is the “secret sauce”.

• Although Big Tech has an inclusivity problem when it comes to the Latinx community, Instagram is jumping on the bandwagon – with @shop launching a Latinx Heritage Month initiative. Some creatives are frustrated, though, by the burst of attention that doesn’t last longer than a few weeks. “You don’t see Latine designers, critics or influencers getting opportunities when it’s not Latino Heritage Month. They’re most likely getting panels and booked for fashion shows during this time, but not any other time of the year,” said Thatiana Diaz, editor-in-chief of media company Remezcla.

• Latinx women were disproportionately impacted by pandemic-related job losses. They’re also now driving a surge in new business creation and own 44% of Latinx businesses. There are more Latinx female founders in the game than ever before, but the dial has barely moved in terms of investment. La Lopez herself just launched Limitless Labs, a new philanthropic venture connecting Latinx-owned small-businesses with capital. She made her announcement at the Lit. Bar bookstore in the Bronx, owned by Boricua businesswoman Noelle Santos.

“Women of color don’t get to fail, and if we do, it marks us in ways non-minority male founders don’t have to worry about… It’s time to ask why the funding system second-guesses if women of color can lead. That’s all we do in every aspect of our lives, we lead – and we do more with less,” wrote Lauren Maillian, CEO of digitalundivided, in Fast Company.

You can’t talk about the Latinx experience in America without getting political. (Remember the wall? And making Mexico pay for it?).

• When Ivanka bizarrely posed with a can of Goya beans after the CEO praised her dad, it sparked a boycott of the food giant, which claims to be the largest Hispanic-owned food company in the country. Small brands – like Loisa, purveyor of organic seasonings and sauces – have benefited from the backlash. “The simmering controversy surrounding Goya Foods has sparked significant demand for a startup maker of Latin pantry staples,” reported Food Business News.

• Which brings us to the food, glorious food. Latinx cuisine is the third most popular in the States. Eateries, perhaps now more than ever, are potent symbols for the community, from Little Havana’s famed Centro Vasco to the L&J Café in El Paso. No matter what’s on a restaurant’s menu though, the hospitality industry would actually collapse without Latinx workers both front and back of house. “In pre-COVID times, when those midtown [NYC] restaurants would have 500 covers on a Saturday brunch and 500 again for dinner, I can tell you that Spanish was the only language behind those lines,” said chef Yuval Ochoa.

• JZD, an apparel and accessories brand run by spouses Jennifer and Veronica Zeano, found a wider following, and bigger purpose, after launching their “LATINA POWER” t-shirt in the wake of the 2016 election. “We quickly shifted into this Latina empowerment brand where every product that we were [releasing] out into the world was with that goal,” said Jennifer. The rate of searches for Latinx-owned businesses has jumped by 300% over the past year, according to Yelp. Los Angeles, with a population that’s 48% Latinx, is also home to a myriad of locally owned indies catering to the community and beyond – from boutique Espacio 1839 to plant shop EnCactusar. As demographics continue to lean Latinx-wards in other powerhouse cities like Miami, Houston, and Chicago, how will we see retail respond?

We’re not saying the Latinx community only matters in America, though.

The UK has its own Latinx diaspora and links to the heritage, which the CASA festival of multidisciplinary art showcases this month in venues (including an Appear Here space) across London. The recent victory in the fight to save Tottenham’s Latin Village, a market and community hub, has also made headlines. “The excitement of finding an unexpected sanctuary in this pocket of London is something I hope future generations… can experience,” wrote Javie Huxley in Eater.

So let’s get loud. And celebrate Latinx culture every damn day. 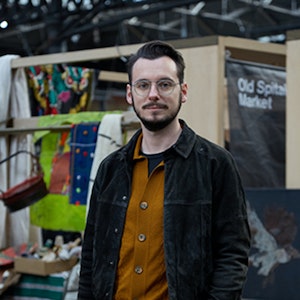 The Five at Five: Davy Pittoors 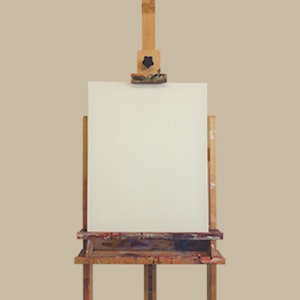 With the art world’s (IRL) calendar back in full swing, how are dealers and artists faring?