Have Bike, Will Travel: How Rapha Used Pop-Ups To Create The World’s Biggest Cycling Club

Rapha is a global sportswear and lifestyle brand focused on road bicycle racing and creating beautiful but quality cycling gear. Central to the Rapha Cycling Club is their clubhouses, and since opening on London’s aBrewer Street in 2012, there are now 23 permanent locations worldwide. From Tokyo to Mallorca to New York, they provide a hub for cycling heads to socialize, watch televised races, take part in events, watch talks, or head off on club-organized social rides (you can obviously buy Rapha kit there too).

Pop-up clubhouses have been key to the brand’s growth and, at time of writing, they have three in operation; Brussels, Adelaide and Fukuoka. We spoke to Caroline Crosswell, Head of Retail Development at Rapha, about how pop-ups helped Rapha expand internationally without snapping a chain.

So tell us what came first – clubhouses or clothes?

The clothes. The plan, first and foremost, was to make a great, luxury kit that was beautiful. The clubhouses started because we wanted to build a community and that needed a home.

Rapha has been phenomenally successful (it was recently sold for £200m to RZC Investments) and has launched pop-ups all over the world. With all this experience, how do you approach each new opening?

There’s three main ways we approach a pop-up. First: a marketing pop-up. This would be a pop-up space at a big cycling event, like Nocturne in London. Second: testing the market in a location we would envisage opening permanently. Third: bringing a product to market that we know is really strong.

How long do you normally spend in a new location?

It varies. We’re currently running a pop-up in Brussels. We’re doing six weeks which will give a good read but is quite short. But we’re about to launch one in Miami for five months.

How key is the location of the pop-up?

We’ve streamlined our approach to pop-ups over time. It’s become clear that it’s important to test the pop-up in locations we’d want to open a permanent store. Take Los Angeles. It’s a huge city. So the danger of opening just anywhere is that, if it wasn’t successful, you might think, ‘It’s not the market for us.’ When of course it is, you just have to be strategic.

So what did you do in Los Angeles?

We opened a pop-up on Abbot Kinney Blvd which was an up-and-coming area. There was plenty of retail around. It’s an area our customers hang out socially. There were peer brands – not cycling but brands like Patagonia that were a bit more niche. Brands that are a bit more destination and community focussed and all have something at the heart of what they do.

So your neighbors are important to your pop-up?

Have there been any unsuccessful pop-ups?

I wouldn’t say anything is negative per se because we always get amazing insight. Miami was a hit and miss, but that was for different reasons. The real estate wasn’t prime and it’s also a hugely complex market. But there’s the potential for a huge business in Miami and, thanks to our online analytics, we know we sell a lot there. So we’re going back again with a five month pop-up and that will be invaluable.

What’s the most important learning with a pop-up? Success for retail, the community, or both?

Both. Our brand doesn't work without the community. For instance – we could do a pop-up in Westfield (a shopping mall in London) and likely do great on retail. But from a community point of view, we wouldn’t learn anything. It's absolutely about both elements and I wouldn’t say one is more important than the other.

How do you tailor pop-ups to different markets?

It’s broadly similar but obviously some tailoring is necessary. We’re very tailored to the seasons. We try to offer most of the product line because you never know what will sell in a particular market. You always assume it will be the best sellers but something will surprise you and you have to adapt. 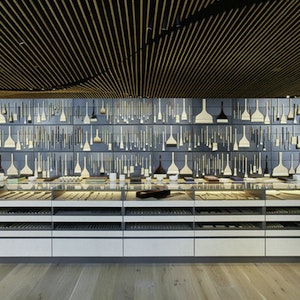 How the country has nailed the perfect shopping experience. 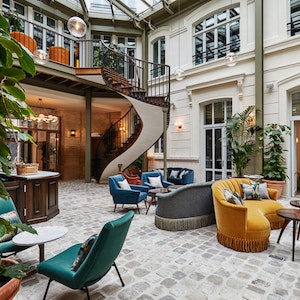