How brands can trendjack a sporting moment

As something that unifies communities, sparks friendly competition and hits hundreds of headlines, it’s no surprise that brands jump on sports culture. These collaborations come in various forms, whether it's opening a pop-up to connect to a moment, launching a new product or sponsoring a match. Since the London Olympics in 2012, sportswear and athleisure brands have escalated and generated a cult following through a series of exciting pop-ups. From rugby to tennis, Adidas to New Balance, here are some of our favorite collaborations from the year so far:

As the England team look ahead to the Rugby World Cup in September, they released new exclusive kit in collaboration with Canterbury. To coincide with the launch, The Canterbury Clubhouse pop-up opened on London's Baker Street, offering fans the chance to get their hands on the jersey. The shirts are designed in the classic red and white combination and underwent serious testing to make sure the materials would withstand those shattering tackles. The space itself was designed like a traditional British pub, including a bar and stools, patterned carpet and coasters.

As an event that brought over 20 independent designers together under one roof, Lone Design Club opened a pop-up in Mayfair to coincide with Wimbledon. The store featured future-forward fabrics, high tech materials and cutting edge contemporary activewear. Beyond retail, the pop-up hosted ‘meet the maker’ events, Bootcamp classes and, of course, Wimbledon screenings. Around the same time, Ellesse opened a ‘Where tennis meets street style’ pop-up colored in bright yellow, shining off Brewer Street. Filled with acid neon building blocks and mannequins sporting tennis balls for heads, the design was a real attention grabber amid the Wimbledon hype.

In time for The London Marathon, New Balance and Strava joined forces to open ‘The Runaway’ - a half pub, half gym hybrid. Here the currency was running miles, which were logged on Strava and could be exchanged for pints. Runners could pick from four challenges based on marathon training milestones. This tied into New Balance ‘Everybody’s Race’ campaign, which supported marathon runners through their training.

Brands across industries, from media to fitness, can trend jack exciting new product launches through partnerships. This ties two businesses together and builds awareness by association. The release of the new Adidas Originals was celebrated by Mundial Magazine who opened Hanon Sporting Goods on Club Row in Shoreditch. Meanwhile, across the pond in Paris, fitness brand WIT launched the Nike Metcon with a pop-up where visitors could attend a class, hit the open gym or try out the new shoes before anyone else in the world. These two examples show how activations work when fitness brands look back to their roots with old school brick-and-mortar spaces and incorporate traditional equipment, such as treadmills.

What’s next? It’s your chance to get involved 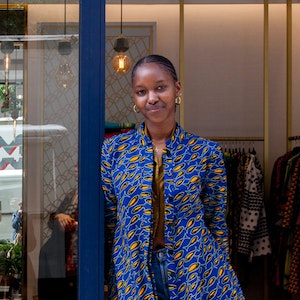 Zuri is a startup based in Nairobi creating dresses re-cut in hundreds of different East African fabrics. 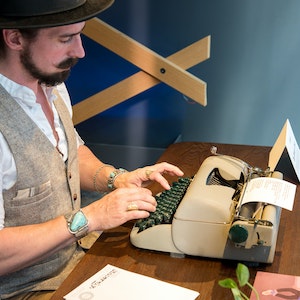 Sun’s out. Quills out.    Kids need their dads. Fatherly know this better than anyone and are welcoming awesome dads, mums and kids &hellip;