How to create true diversity in retail.

The rising demand for brand transparency has made diversity in retail an increasingly pertinent issue. How can our streets better represent and serve the communities they rely on? We met with four business owners and thought leaders to learn what brands can do to champion diversity and inclusivity that lasts.

We heard from Sereena Abbassi, Independent Equity, Inclusion & Diversity Consultant,; Patrick Herning, Founder of 11 Honoré; Janet Oganah, Founder of Janet’s List; and Ayesha Barenblat, Founder of Remaker. Here’s the advice they had to give:

Inaccessibility leads to a lack of diversity.

There’s no lack of black or POC-owned business, so why don’t we see more of them on our streets? According to Janet, this lack of diversity is due to the lack of accessibility to retail space. “So many black-owned brands in the UK aren’t getting the mainstream visibility they deserve,” she told us, “with retail, there’s so much risk. That’s why we used pop ups for Janet’s List. One thing we’re even working on for our community is an online course on how people can open their own pop-up shops.” It’s also an issue that Patrick had seen throughout his career in luxury retail: “The outside needs to represent the inside,” he said, “if what you’re selling inside your doors doesn’t reflect the customer on the street, there’s an automatic disconnect with them.”

Change needs to be lasting, not temporary.

A resounding point all panellists agreed on was that change needs to come from the top, and needs to last. Ayesha noted how many big brands had jumped on the Black Lives Matter hashtag as a trend, with no intent to create real impact. “For me, capitalism and racism are twin sisters, particularly in the fashion retail system: the way they’re set up is built on the oppression of black and brown women.” She urged performative brands to incite real change: “As a Pakistani-American, this journey is really personal to me. Pretty words are not going to be enough: show me don’t just tell me.” Patrick agreed: “This is a movement, not a moment.”

Specialising in systematic change at a corporate level, Sereena has seen how important inclusivity can be to a brand: “Inclusion is about feeling like your voice is heard, seeing people like you in positions of power, not just entry-level.” Janet also echoed this: “Any agencies who say that they can’t find people of a certain background is bullshit. You have to diversify your networks: looking in the same places will end up with the same results.”

It’s not just the right thing to do: it’s a business opportunity.

Repositioning retail to represent a diverse market isn’t just a positive thing for society, it’s a collaborative relationship that benefits both parties. When he was starting up, Patrick couldn’t believe the lack of interest in his plus-sized clothing brand: “70% of US women are size 14 or higher. Brands that don’t cater to this size are missing an opportunity: what’s the harm in speaking to a wider audience?” Janet also remarked on the opportunity available to brands: “It can actually be a win-win thing. We had the pleasure of working with the WOW Foundation this year to curate their virtual marketplace. We brought something unique to the table, and they gave us the exposure. The partnership worked really well.”

Diversity impacts our streets for better.

Above all, championing diversity in retail is incredibly rewarding for the brands and the people they connect with. The business owners shared with us some of their stories on how their stores had left a positive impact on their customers. Patrick had seen this first-hand with 11 Honoré: “I’ve had customers come to a pop-up saying: ‘I could never wear a dress like that’, but then they come out of the dressing room in tears. When you take an inclusive approach it’s amazing what can happen.” Janet also shared a story that she remembers to this day: “There was this little mixed-race girl looking at the black dolls, she came in and got one for her and her friend. I was almost in tears because that’s what this is all about: that a young girl can come in and feel like she is well represented.”

If you enjoyed this session, follow us on @appearherehq to be the first to find out about new events or check out what else we’ve got coming up here. 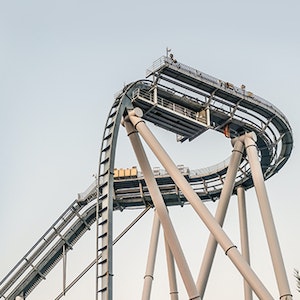 This week: While the U.S. rides a rollercoaster of re-closures – entrepreneurial activity gains ground, and Europe looks to boost ho&hellip; 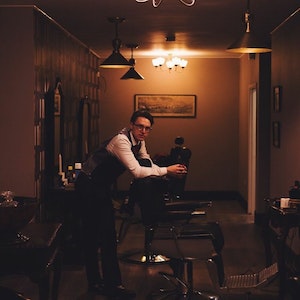 Hugo Barbers on why now is the time to expand.

Founder Chris Hugo on why now is the best time to set up shop.