How to start a bicycle empire: from your living room

Lawrence Brand was 26 when he rode a homemade cargo bicycle 5000 kilometres from Romania to Kazakhstan. Traveling through Georgia and Azerbaijan, he finished his epic trip on the border of China, empowered with the knowledge that his prototype was ready to show the rest of the world.

It was this feat, amongst others, that impressed the judges of our 2015 Space for Ideas competition and bagged the young entrepreneur the prize of a two-week store in London’s Covent Garden.

Entrants to the EE and Evening Standard sponsored competition had to pitch their ideas, showing the judges what they planned to use each of the spaces for. Lawrence’s incredible story and ethos struck a note instantly and a (very busy) month later he appeared in Covent Garden - having built the third of his Bringley bikes, from scratch.

For the two week stint the store was filled with talks by explorers and entrepreneurs and customers used tablets to design and customize their own Bringley bikes. The timing was perfect, helping him capitalize on the PR from his trip and get the attention of London’s press. “I do think it really helped, we got coverage in the Evening Standard and the events were covered in Time Out” says Lawrence. “Essentially, it really sped up our development arc.”

Fast forward to 2017 and Lawrence has been named one of Forbes 30 Under 30 top entrepreneurs, and can now check off Deliveroo as a client. The global delivery disrupters approached Porterlight because they were interested in cycle logistics, he explains, “and they were excited to get a bespoke product from a London manufacturer.”

Now, Porterlight continues to build a reputation as a company that makes fleet bikes. To understand how he got here though, we need to first go a bit further back in his story. While studying for his Masters in Sweden, Lawrence made regular trips to Copenhagen, where he was impressed by the city’s use of bicycles and their infrastructure. He realized London needed the same “congestion-busting, good-for-you” transport and the idea of the cargo bike was born, with a mission to encourage companies to use the clean and cheaper form of transport for everything from deliveries to marketing.

Lawrence’s first prototype was built in the living room of his office block-cum-apartment that he and 10 others called home. Aged just 23, and also working a full-time job, meant he had his work cut out. “I was motivated by wanting to run my own company,” says Lawrence on pushing himself to do his side project. “I’ve always been making things, but to turn that into a full time gig is really nice. It’s nice to be your own boss and have creative control over something.”

And when it finally came to fruition, after months of welding, refining and building, Lawrence knew he had to push himself once again, quitting his job for the aforementioned pan-European road trip. “I’d been working on weekends and evenings building this bicycle, and it got to a point where it was actually a bicycle” he explains. “I needed to properly test it out and there’s no quick way of doing that, so I thought it was a good opportunity to squeeze in a holiday - and generate a bit of good PR.”

So how did it feel starting out on a 3-month road trip on a bike you’d built yourself? “It was a terrifying first 48 hours because I hadn’t ridden it with its full load on it” admits Lawrence. But slowly, things got easier. “I learnt a lot about the bike” he continues, explaining that it was an incredible opportunity to really get to know his creation. “There was a lot I hadn’t thought about, so there were loads of modifications to make when I got back. To know your product inside out takes time. It’s great to go beyond how much even a normal customer would use it.”

Shortly after Lawrence returned, he spotted the opportunity to enter Appear Here’s Space for Ideas competition. “We were at a pivotal moment where the product was complete, but we wanted to start generating PR. The opportunity to get a physical space and launch it in an incredibly public facing way was a very enticing offer” says Lawrence. “It’s not something I’d have done off the top of my head. I think it’s really sensible to engage with customers. That’s the only way to be a more accessible brand.”

And what else has the experience taught the ambitious entrepreneur? “The best advice is to think how you’re going to get customers there. You need to focus on how you get people through the door” he says firmly. “And remember, it’s got to be inspiring on some level. It’s got to be a bit exciting.”

Now, with plans to double their production year on year and a complementary cycling tech startup in the pipeline, Lawrence Brand is continuing his meteoric rise. We can’t wait to see what he does next.

Feeling inspired? Enter Space for Ideas 2017 to be in with a chance of winning your own shop. 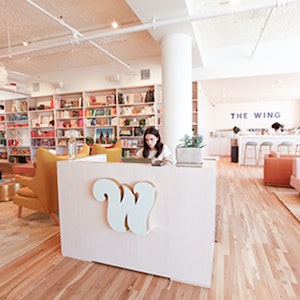 Here’s some of the most inspiring spaces in London, Paris and New York to get down to business. 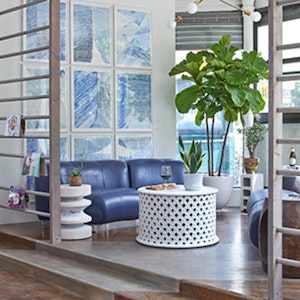 The founders of MP Shift, explain how to transform restaurants in Paris, New York and London.