This week: How today’s teens are shaping tomorrow’s retail. Feel old yet?

WiFi is more important to them than food, say 36% of Americans aged 16-24. How’s that for a data snack. If you know someone who might enjoy these nuggets, why don’t you refer them here? (The reward is a tote bag, and their eternal gratitude).

The kids belonging to the Z generation are – to use the parlance of our time – true digital natives. Their young lives have been shaped by a series of upheavals, and their unwavering belief is in constant change.

• Gen Z Planet, an advisory firm that studies its namesake, recently released a report showing that, when it comes to buying decisions, issues from the environment to racial injustice are still top of mind after a very tumultuous summer. “I think that made a lot of people, but especially Gen Z, pause and think, like, ‘Where do I put my money? Who am I actually supporting with my purchases?’” founder Hana Ben-Shabat told Retail Dive. YPulse, another youth research group, found that 60% will look for “socially responsible” gifts this holiday season.

• QVC, meet IGTV. Livestream shopping – already booming in China – may just be the next big thing in the U.S., with a rise in apps tailored (or adapting) to the experience. L.A.-based start-up Popshop Live is a new live-streaming marketplace that provides sellers with real-time metrics reports. TikTok just partnered with Shopify, and Instagram is continuing to expand e-commerce offerings. While the Home Shopping Network has been around since the 80s (ancient!), it’s Z driving the resurgence in shopping and selling live, reported Modern Retail – that digital native thing, ya know?

• So where does that leave brick-and-mortar? In a pretty good place, with 81% preferring to shop in person. As retail reopens – 73% plan to go to stores, in particular local ones, as much or even more than they did pre-COVID. A pretty good stat, considering Z now accounts for nearly half of global consumers.

It’s not all rosy, though. With service jobs, including those in retail and hospitality, hit hard by the pandemic – young people are facing an intensifying mental health crisis and seeing record unemployment rates, with Black, Asian, and Latinx youth disproportionately impacted.

Boatloads of money are poured into studying – and marketing to – a bunch of teens with billions in spending power. Those teens are also particularly good at sussing out imposters – 82% would trust a company more if it used images of real people in its ads.

• Blanding – “the worst branding trend… you probably never noticed,” wrote creative director Thierry Brunfaut in Fast Company. Until now… with critiques on “blandishness” appearing everywhere from Bloomberglink text to Business of Fashion. “DTC as it relates to typography, photography, colors… they’re just forms of expression that essentially are representative of [the] aesthetics of, really, millennials,” said Emmett Shine, creative director at Pattern. Z – which cares more about brand values than minimalist aesthetics – isn’t afraid of loud and proud identity. Winky Lux, a beauty start-up, went against the grain with glittery patterned packaging when they launched in 2015, and has seen triple-digit sales growth ever since. “Colour and brightness elicit an emotional reaction, like a five-year-old that gravitates to sparkles,” said founder Natalie Mackey.

• While a young person being preoccupied with individuality is nothing new, 75% of Z are more likely to buy a product if they can customize it. Bespoke tailoring is on the rise – with small labels like Maison Cléo and Megan Crosby offering Instagram-friendly, made-to-measure creations that regularly sell out. Gen Z is also the largest demographic shopping secondhand. Why the love of thrift? It could have something to do with coming-of-age during the Great Recession, according to Deloitte.

• It’s worth pointing out here that youth is, like everything else, a social construct – and that lumping together the preferences of 30% of the global population under the same banner leaves out circumstances wrought by economic and societal inequality. We bang the drum of entrepreneurship, which in itself is arguably a privilege. For some edifying Thanksgiving weekend reading, we recommend this Taste article by Katie Okamoto – which delves into the cultural complexities and contradictions of DTC shopping, and argues for neither conscious nor sustainable, but critical consumerism.

Before COVID, Z was already a force for activism. Nearly half wanted to change the world. And now? They’re poised to make more of a difference than anyone else.

A pandemic is many things – among them, it’s generation-defining. It’s really hard to be 20 years old in 2020, as French President Emmanuel Macron said.

In spite of it all? It looks like the kids are alright. 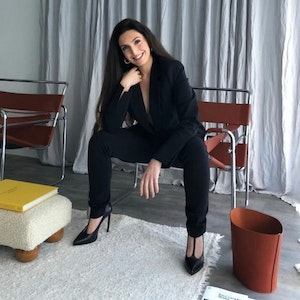 The Five at Five: Paradise Row 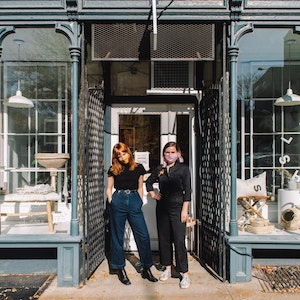 No touching: how to sell homeware with LEIF

Founder Stacy Longenecker shares her tips on selling in a pandemic