A rebellious Scot is not the first person you’d imagine Louis Vuitton letting loose on their windows. But they have, and it works. Faye Mcleod is the visual creative director at LVMH and the woman behind some of their most memorable and spectacular displays. Her windows have brought busy streets to a standstill, been shared millions of times across the internet and immortalized in a book by the luxury publisher Assouline. As you can imagine, for the woman whose job involves changing the windows of more than 450 stores within one week, five times a year – time is of the essence. But, we managed to sneak a few minutes from Faye for a quick-fire interview on what it takes to create some of the most memorable windows in the world.

How did you get into the role?

I was approached for the role and went through a vigorous interview process. It was about two months of interviews and then I got the job; I was very surprised as I’m left of center and a bit rebellious by nature. Our first windows together were for the New Bond Street store opening in London 2010. It was a cabinet of curiosity. We had a giraffe and creatures made out of LV product, and we showed all of the archive bags and RTW of Marc Jacobs at Louis Vuitton. It was so much fun to do them eclectically, and we knew the London viewer would get it and enjoy the performance.

What have been your favorite windows since then?

Yayoi Kunama, Frank Ghery, Daniel Buren, Jake and Dinos Chapman, the dinosaurs, ostrich and Masters that are in today. Next christmas will be really really exciting - I think the best one yet.

Has the role of store window changed since you started work in the industry?

My peers are Linda Fargo and Simon Doohan. They’ve been doing it for longer than I have and are still knocking it out of the park so I have a lot to live up to. With the industry changing, right now I’m embracing digital, the internet and new media…I’m loving it and for me my phone is a window so I’m using our talents there too. We're launching our new e-commerce website for Le Bon Marché which embraces windows, it's called 24 Sèvres.

‘Louis Vuitton Windows’ has even become a book published by Assouline. Why are the store windows such an important part of the brand?

They show a savoir faire we take very seriously at Louis Vuitton. We love to engage our viewer and tell visual stories. We show the beating heart of our brand…to make you smile.

It must be a challenge to keep innovating, what materials or brands would you most like to work with next?

I dream of working with NASA.

What’s your go-to source for inspiration?

Do you have a set formula for what makes a great window display?

Nope, we don’t work with rules.

How do you create something that stands out from the noise on the street and makes an impression?

You use your heart and a visual story that resonates with your brand.

How do you know if your designs have been a success?

What advice would you give to brands working with little to no budget on their store design?

Work with your heart, do windows with meaning and be thrifty…making people smile helps too.

What's the best part about your role at Louis Vuitton?

Working with my team in the studio.

What’s one luxury item you couldn’t live without? 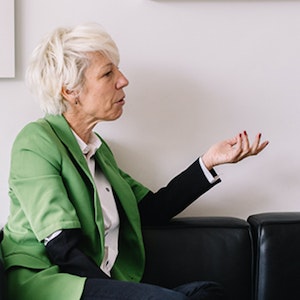 Mimma Viglezio: why the next generation needs to rebel

Mimma Viglezio, Ex-VP of Global Communications for Gucci, shares her advice for a new generation of designers. 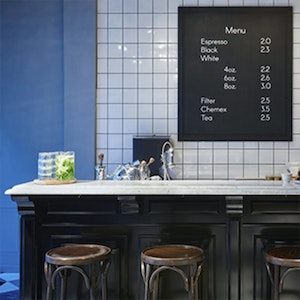 Industry insights: why experience is the new luxury

‘Experience’ has become the latest buzzword in the luxury world. Seven leading brands share what it really means to them.