Neighborhood guides: Live like a local in Old Town, Margate

Since the Turner Contemporary opened in the seaside town of Margate in 2011, a renaissance of sorts occurred, fuelled by craft beer, art, vintage shops and seafood, of course. Growing in momentum over the years, this Kent destination received its moniker, Shoreditch-on-Sea.

Margate has been attracting Brits – and tourists from further afield – since its heyday as a Victorian seaside resort. Now they don’t just come for the golden beaches; Margate boasts contemporary restaurant openings, and an exciting art scene. As Tracey Emin puts it, she’s “synonymous with Margate”.

Manning’s Seafood
Eating cockles with a toothpick; the sound of seagulls screeching nearby – is there anything more quintessentially British? Manning’s revels in the good old seaside tradition and offers its customers freshly caught seafood from a small white hut opposite the harbor. Expect to find all of the classics: whelks, crayfish, prawns and even jellied eel. We highly recommend the oysters, with lemon and tabasco, naturally.

The Lifeboat
Whether it’s summer or winter, this institution of a pub often features live music that drifts out onto the street where you’ll find locals on the benches outside sipping craft beer. Inside, most of its original features are still intact such as brick walls, beer barrels and wood finishes. This juxtaposition of the traditional interior and the modern offering of specialty brews and young hipster staff, blend old and new Margate seamlessly.

The Rose in June
The Rose in June is a lovely local pub that was refurbished by an ex-Londoner publican, who apparently mixes the best Negroni, as well as adding a range of local brews on tap to its roster. It’s located on Trinity Square, just a few minutes from the seafront, in a building that dates back to 1858. Perfect if you like a little history with your tipple.

Scott’s
Scott’s is Margate’s treasure trove. It’s here that you’ll find a den of antiques and curiosities to peruse to your heart's content. Expect to lose hours here flipping through retro postcards or searching for an Art Deco homeware and vintage design-led furniture pieces. The affordable edit makes sourcing bits and bobs effortless. And fun.

Turner Contemporary
The Turner Contemporary put Margate back on the map. This is true. So naturally, art should be at the top of your to-do list. At the edge of the harbour sits architect David Chipperfield’s design which magically merges Margate’s sea and skyscape. Fun fact: JW Turner lived at this address and was obsessed with the view out of the vast panes of glass that frame the building.

Xylo
This beachside microbrewery and taproom bar comes to life at night. After a day exploring Margate’s streets, head here to unwind and order one of Xylo’s 11 changing taps. Here, growlers and squealers are available for takeaway, however, this spot has a “bring your own food” policy that we can’t get enough of. The servers suggest the nearby Dory’s or GB Pizza Co.

Davy Pittoors
On a visit in 2020 to Margate, Davy Pittoors came across a neglected former stamp shop, which called out to him for a new lease of life – he felt compelled to reimagine and restore this unique space. And that’s just what he did. The shop, often affectionately referred to as the smallest store in Margate, was converted into a private gallery and creative studio, showcasing work from a growing network of queer artists and makers.

Angela's Of Margate
Angela’s Of Margate is a teeny tiny sustainable seafood restaurant with minimal waste thanks to their menu, which takes its cue based on what is fresh from the boats that morning. Having been described by food writer Tom Parker Bowles as one of the two best seafood restaurants in the UK, this spot attracts guests from all over, hence why booking is a must.

Haeckels House
Although technically in neighboring Cliftonville, British brand Haeckels recently opened their ‘home of tranquility’ meaning that after a day of exploring the Old Town of Margate, you can now finish with a sustainable spa treatment. The cult label’s modern spin on a Victorian bathing house is founder Dom Bridges’ passion project; a way to nurture community spirit all year round. “A gift to the town,” he explains. “To force communion, bring everyone together... no phones, no social media, just a seat in a sauna and a sprint to the cold water”. 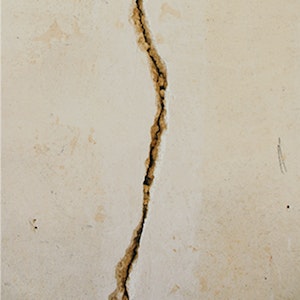 What’s with the generational divide? 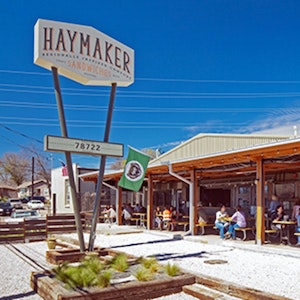 Neighborhood guides: Live like a local in Cherrywood, Austin

Austin, the state capital of Texas, is bursting with history and charm. Art and music can be found around every corner.