Forget the best neighborhoods in New York, we’ve narrowed it down to the exact street you should be considering for your next retail venture. Follow us from east to west as we take you through the streets that should be on your business hit list this year.

It’s as if all eyes are on Brooklyn. Yes, major brands like The Wing and Soho House have been opening up in Dumbo, but there is one area that not every tourist has taken over yet. Say hello to Domino, a new area in South Williamsburg that is going to be so massive, it’s been given its own name. Set right along the East River and spanning over 11 acres of waterfront space, this street has already locked in Skyting Yoga which was already been featured in Vogue for the opening. And this summer will become home to two of the biggest names in the New York F&B scene, Danny Meyer’s and Missy Robbins of Lillia. With easy access to the East River ferry and located right below the Williamsburg Bridge, this area won’t be stopping Manhattan’s elite.

You’ve probably heard that the L train is shutting down next Spring and there’s been many rumors of what Brooklyn will do. Well when one door closes, another opens. With every Brooklynite migrating to the JMZ, Essex Street is receiving a much needed revamp. Essex Crossing, the LES development which has been vacant since 1967, will feature 450,000 sq. ft. of retail and marketplace opportunities, with the first portion opening later this summer. The market has already secured local favorites including Veselka, Nom Wah and Cafe Grumpy. Heading two blocks west on Orchard Street, you’ll find the popular Tictail Market – stocking independent designers from around the world – and curated homeware stores like Coming Soon. The Lower East Side is about to be known for much more than late-night bars, art galleries and antique shops. You heard it here first.

It comes as no surprise that tourists and locals alike swoon over the quaint, tree-lined streets of Nolita. Home to some of the city’s top restaurants and designers, this neighborhood is always thriving. But there is one street that has recently received a bit of a revival, Mulberry Street. From food to retail, Rubirosa Pizza and Noah remain the main staples on the block, but recently, a few notable local favorites have decided to set up shop on this street. From vegan ice cream favorite, Van Leeuwen, to Eden Grinshpan’s Dez (in partnership with the founder of by Chloe.) set to open this month, this is only the beginning. The street will also be receiving a major upgrade with an artisanal market called Mulberry Market opening this Fall, taking over 10,000 sq. ft. on this historic street.

Howard Street is having quite a comeback. With Canal Street Market and a slew of new concept stores around the corner, interesting brands are seeing this street as an exciting place for new ideas. Brands like Opening Ceremony, Reformation and British designer Tom Dixon mix with streetwear icons such as Stadium Goods and Palace Skateboards. But what’s really added to the South Soho street is the addition of 11 Howard - home to Le CouCou, Roman & Williams Guild (which houses a homewares store, bookstore and a market) and the beautiful La Mercerie known for their delectable crepes. This street truly has something for everyone. 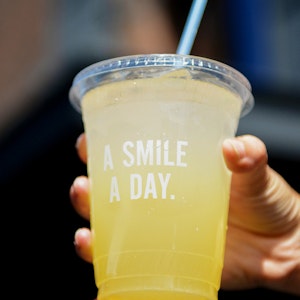 How to stand out in New York’s food scene

Tips from the design duo behind by CHLOE. and Jack’s Wife Freda on how good branding can take you viral. 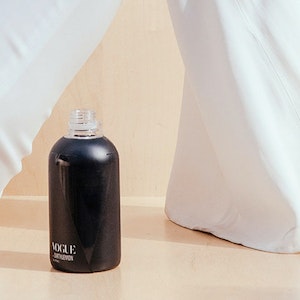