This week: With big government spending (and cases) on the rise, what does it mean for small businesses and the communities that count on them?

The bright side: Brits spent more this past August than last year, and pubs and bars recorded the first growth since the start of lockdown. The bad: Autumn is upon us, and some government support measures like the furlough scheme are winding down.

So what’s next? Here’s a rundown of a few salient points from the live Q&A we organised last week between Appear Here CEO Ross Bailey and Small Business Minister Paul Scully.

• “I’m hoping pivot will be the business word of next year. Independent businesses have the agility to change with the market, and find different opportunities,” said Scully. Still, the L-word looms – with 1 in 5 small businesses saying they won’t survive a second lockdown. Will there be another national one? “Nobody wants to see [that].” The aim is a targeted approach, à la Leicester.

• Which brings us to the B-word. Trade talks with the EU are stalled, and no-deal may be… the deal. The Federation of Small Businesses called on the government to introduce “transition vouchers” to fund the necessary training and technology in the countdown to Brexit. (Though it’s still unclear what one needs to train for). So buckle up for more ambiguity, and subscribe to those email updates that Scully suggested.

• In response to a question about pre-revenue entrepreneurs seeking funding, the British Business Bank was touted as the best option. Keith Morgan, who just stepped down as chief executive, told The Financial Times that the BBB should play an “essential role” in aiding small business growth. Scully also pointed out: “So much of this business support is not just about access to finance, but also a peer-to-peer network,” and named Enterprise Nation as a resource.

We want to use this platform to advocate for you – whether you’re among the 3M freelancers and newly self-employed excluded from government support, or a commercial tenant in the city centre facing eviction on the 30th. Questions, comments, tips? The Hotline is always open.

With the constant onslaught of pandemic-related financial data points, it’s easy to overlook the emotional and mental toll. McKinsey estimates that Covid’s impact on wellbeing is 3.5X the economic one, noting that for governments and businesses alike – “attention to wellbeing is mission critical to any recovery plan.”

Universally crucial to a sense of wellbeing? Social interaction. Collaboration.

• In an article in Fast Company, Sebastian Buck proposed a new set of metrics for business success, among them: cooperation. “Being surrounded by a vibrant ecosystem has to be better than being the last tree standing. Old success was selfish and short-lived; new success must be shared and sustaining.”

• The Business of Fashion explored the potential of brand accelerators as platforms offering not just cold hard cash but also operational support to small fashion labels who don’t want to go it alone. “The crisis was a reality check. They see it’s no longer possible to do everything themselves,” said Stefano Martinetto, co-founder of showroom-turned-accelerator Tomorrow.

• And what of urban centres, the ultimate social hive? “Cities will not die, but their benefits could become more diffuse, with well-paid workers spread further into the rest of the country,” wrote Sarah O’Connor in an opinion piece for The Financial Times, pointing to the increase in money being spent in England’s suburbs. Big brands have noticed; Harrods is opening its first standalone beauty concepts in Essex and Milton Keynes, reported Vogue Business.

And yet, with restrictions lifting in the U.S. and streets coming back to life, an increasing number of city dwellers are staying put – with 74% saying they don’t want to leave.

Social exchange, while less quantifiable than economic impact, is invaluable. In spite of it all: we’re still drawn to being in public with strangers. To being alone, together. 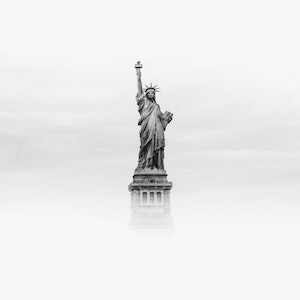 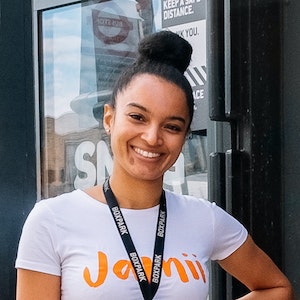