This week: As we face a looming ecological crisis, what does sustainability actually entail? For any brand in the business of selling things, slowing down means survival.

These days, a business with a philosophy of growth at all costs is about as out-of-touch as Zuckerberg in an election year.

While ‘ethical consumption’ is a term that’s been bandied about for years, what’s surprising now is the scale and pace at which people are prioritizing it.

• Big brands are also recognizing change is in the air. With 85% of their customers more concerned about climate change than a year ago, Selfridges has unveiled a ‘Project Earth’ initiative with a range of goals: from converting stores to green energy by the end of September, to implementing eco and ethical standards on all stock by 2025. Currently in their windows? Ads for a new clothing rental service, in partnership with HURR Collective.

• The secondhand resale market is set to overtake fast fashion by 2029, according to thredUP’s annual report. Among the most popular labels on the platform? Transparent brands like Reformation and Patagonia, a B Corp with $1 billion in annual sales. But you don’t have to use a consignment marketplace to recycle your wares. Meg, an independent womenswear brand with shops in NYC and Toronto, introduced a popular buyback program encouraging devotees to return their pre-loved clothing for store credit. That same clothing is either donated to charity, or resold as an archive piece.

• Online fashion in Europe is projected to account for 23% of total sales this year – the equivalent of sixty months of growth in six. Delivery emissions are also on the rise, and a new study shows in-store purchases can actually have a smaller carbon footprint than buying online. The pile of plastic packaging is also getting bigger, and The Business of Fashion reported that consumers “are starting to notice” the extreme waste generated by e-commerce. (They’ve been living under rocks.)

The next two years will see a 12% decline in private consumption in the U.S., according to McKinsey. For one of the most wasteful populations on the planet, this is a welcome projection.

There’s a lot being reimagined these days, including capitalism. Growth ≠ progress. We all want to shop less, and make it mean more.

While we’re talking Covid-era predictions, it looks like nesting is also here to stay. So since we’re sticking close to home, does going local offer the most direct path to what’s sustainable?

• 34% of consumers would pay more for local products, and 59% intend to shop locally for the long haul, per recent surveys by Ernst and Young conducted across multiple countries including the U.S., UK, and France. Overall, 42% believe that the way they shop will “fundamentally change.” Just ask Clapton micro-café Casey’s, who has seen such an influx of local customers in the past few months that they’re expanding to a bigger space.

• The time for transformation is now. “The pace of the last decade combined with a tumultuous 2020 is driving people towards radical community models – and brands must do the same… One response is the neighbourhood model, with structures, concepts and practices that shift the business paradigm into a place where people come before the performance,” wrote Georgina Johnson on The Future Laboratory's blog.

• What if success is best measured by how we serve the changing needs of our communities? “Instead of hosting our neighbors’ nightly carousings, we’ll supply the parties they host at home, and that feels like true hospitality right now. Fort Defiance is not going to reopen as a restaurant; it’s going to grow as a general store,” wrote St. John Frizell, owner of a beloved Brooklyn bar-reborn-as-grocer, in Bloomberg.

Although we may be venturing out less, we are more aware than ever of the state of the world.

“People are wanting to be more comfortable at home, but what they’re also paying attention to is the larger things happening,” said consultant Callia Hargrove, founder of creative agency Backstory. 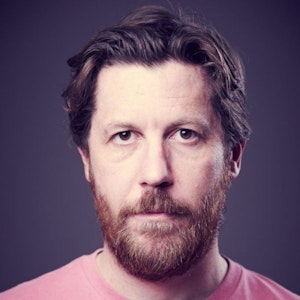 The Five at Five: Lucy & Yak

This week’s curator is Chris Renwick, founder of Luck & Yak 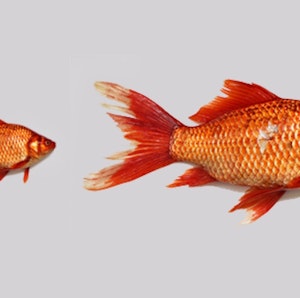 Q2 numbers are in, and the results are… surprising.