This week: The year is 2030. Are big cities still reigning supreme?

Throughout history, the death of the metropolis has been repeatedly foretold – through pestilence, civil unrest, and with each great technological leap forward. (Like, people thought telephones meant cities were over).

So is COVID really the city-slayer everyone says it is?

• “Covid-19 Is Not The ‘Death Of The City’ – It’s The Rise of The Neighborhood Center,” ran a headline in Forbes. It’s a trend we’re seeing around the world, from Sydney to Seoul. An urban parable if there ever was one: while NYC’s megalith Hudson Yards stands empty, small businesses in Brooklyn Heights have been buoyed by devoted locals.

• Cities proooobably aren’t going anywhere, but people are going to different (smaller) cities – an acceleration of a pre-pandemic trend. What does that look like worldwide? Singaporeans are more likely than Londoners to want to stay in an urban environment. In the U.S., where people are more open to uprooting versus their European peers, WFH is accelerating migration to second cities like Savannah and Tulsa. In a country where 75% of all VC investment happens in only three states, that redistribution of economic opportunity can only be a good thing.

• For all the remote work hubbub, Big Tech is still (physically) expanding in traditional talent strongholds. Google is increasing its San Francisco office space and continuing development in Silicon Valley – plans that “anticipate decades of growth,” reported Wired. With the EU’s recent announcement of a single market for data, which city will emerge as Europe’s answer to the Valley? Ones to watch: Tallinn, Lisbon, and Stockholm.

It’s been a grueling year, but let’s try to keep it in perspective, shall we? It’s human nature to try to give shape to an unknowable fate, but ­– as Justin Davidson points out in Curbed – all these predictions about where we’ll want to live and work are based on “the notoriously inexact practice” of affective forecasting, aka anticipating our feelings. “Humans, who have a hard time even remembering joy when they’re sad… are terrible at projecting their emotions and desires into the future.”

What could all of this urban change mean for indies and innovation? Hint: culture is born from density. Entire movements emerge from city streets.

• Cheap rents = sky’s the limit. “Low vacancy rates and high commercial rents constrained new business formation in the 2010’s. The opposite in 2021 could mean an explosion in new business creation over the next couple years as the economy comes back,” wrote Conor Sen in an opinion piece for Bloomberg.

• The megalopolis might be down right now, but it ain’t out, and it’s poised to change for the better. “Planners say the pleasures of social interaction in city centres post-Covid will become even more important,” reported Vogue Business. Officials in capital cities worldwide see this moment as an opportunity to push for making urban life cleaner, more pleasant, and pedestrian-friendly. The greening of the Champs-Elysée is one particularly dramatic example, but prime real estate is in for a transformation.

• If cities are humanity’s greatest invention, then restaurants are the best thing that cities ever created. We have missed them, greatly. 2020 might have been the industry’s worst year in the U.S., but restaurateurs are hopeful about government aid and more affordable leases. “Now young people can move back… You will probably see one of the most interesting, fascinating creative times in the restaurant industry ever,” said celeb chef Tom Colicchio.

Cities are loud. They’re crazy-making. And they smell. They are also the reason why humanity has made any progress – without close proximity to each other, our species can’t thrive.

The death of our cities? Not today, Satan. Hell isn’t other people. Hell is Zoom. 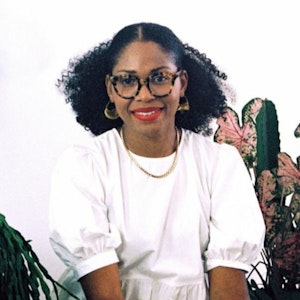 The Five at Five: Gynelle Leon 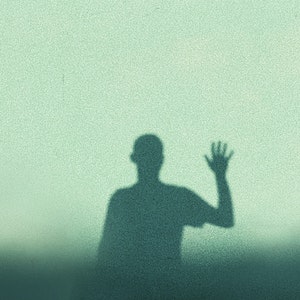 This week: How the almighty Amazon changed retail forever, and why a reckoning is in the cards.