This week: Why good old-fashioned books are booming in a digital world.

There was a time, let’s say around 2010, when physical books were more or less understood to be relics in the making. This was a time when the Kindle, king of the ereaders, was on the rise, and when certain strains of millennial pop culture were giving ebooks a new name.

Like CDs and print subscriptions, the thinking went, books were soon to be disrupted out of existence. Digital books would be easier to read, lighter to carry, and Amazon could save you all those trips to the bookstore for just $9.99.

• Reader, you might already know how this one ends: that’s not quite what happened. Instead, over the next decade, sales of ereaders like Kindle, Nook, and Kobo dwindled to a trickle. As of 2019, only 20% of book sales were ebooks, while the remaining 80% were print. Smartphones have overtaken tablets as the virtual reader of choice, but that hasn’t exactly translated to people reading “War & Peace'' on their phone screens. “Digital natives of Gen Z and the millennial generation have very little interest in buying ebooks,” Vox explains. “The people who are actually buying ebooks? Mostly boomers.” The demand for print books, if anything, is growing, according to the Globe and Mail. Amid paper shortages and other supply chain hiccups, book publishers can hardly keep up.

• During the pandemic, readers reached for books that could transport them to imagined worlds. According to a NPD BookScan report referenced in Publishers Weekly, sales for print books rose 8.9% in 2021, mostly in fiction. Graphic novels and fantasy were the two fastest growing genres of 2021, shedding light on how the pandemic powered our need for escapism. Kristen McLean, NPD Group’s executive director of business development told Fast Company that she attributes much of this growth to the explosion of BookTok. “I’ve been an industry analyst since 2010, and this is the first time that I have seen organic social-media impact [in the publishing world] like this,” McLean says.

• WTF is BookTok? Glad you asked. Call it bibliophiles’ favorite corner of TikTok, where lit-centric videos are racking up billions of views. 43.8 billion of them, to be precise. Readers are compiling lists of book recommendations, sharing time-lapsed videos of their reactions to breathtaking cliffhangers, and discussing popular page-turners in virtual book clubs. Meanwhile, emerging authors are using the platform to self-promote their work directly to potential readers, bypassing old ways of selling and publicizing books. Bookselling giants like Barnes & Noble have taken note, eager to bring BookTok recs to bookshelves IRL.

The moral of the story? Never underestimate the power of that new book smell.

Independent bookstores were some of the earliest businesses to pivot to a curbside pickup model early in the pandemic, frankly, because they had to. But even after the lockdowns ended, specialty indie booksellers have been a bright example of the power in lasting community support.

• Aimée Felone, the founder of Round Table Books in Brixton, opened May of 2019 and was having a stellar year pre-pando. Her store carries a wide selection of children’s books with diverse protagonists, inspired by the fact that in the UK less than 4% of children’s books feature a main character of color. Despite the frustrations of 2020, Felone found her store's smallness was its strength. “It’s the bigger stores that aren’t doing well because one-size-fits-all doesn’t work anymore. Whereas for us, we found our community, we found a niche and have been thriving,” Felone told Appear Here during an interview for our Save the Street campaign. Still, she thought the government could do more to help throughout the pandemic. “Where is the ongoing support from the government to be like, ‘We see you as an independent business and we’re here to support you’? I don’t know where it is.”

• The #BoxedOut campaign launched last summer by the American Booksellers Association was a rallying cry for indie booksellers all around the US to garner support. “Buy books from people who want to sell books, not colonize the moon,” read one pointed poster, designed to draw attention to the Prime reasons (ahem) indie booksellers have had a rough go of it the last few years. Even as book sales grow, most are not growing through independents, reports The New York Times. Booksellers involved in the campaign were determined to show that they’ve got something the giant generalists don’t.

• ‘Tsundoku,’ is a Japanese word that describes something you may have experienced since the pandemic loosened – a growing pile of unread books on your nightstand. Ben Keene, the founder of Rebel Book Club, described his own experience with the curse of tsundoku in the origin of his company’s mission. “It was a bad habit. One tap on Amazon and bang, there it was on my Kindle. I’d fleetingly read a review and before I’d considered a sensible swipe-by, my curiosities or aspirations had slapped me round the face and it was too late.” He founded RBC as a place where booklovers could gather as a reprieve from digital distractions, with in-person programming like meetups, discussions, and speaker events that fed people’s need to connect outside of the Brady-Bunch style Zoom layouts.

The analysts were right, the book industry is changing, but it’s their description that needs an edit. Rather than a one-way shift from print to digital, the publishing revolution will be made up of both big and small retailers, digital and print formats, and cultures both old and new.

We’re just saying: in a game of rock, paper, scissors, don’t give up on paper just yet. 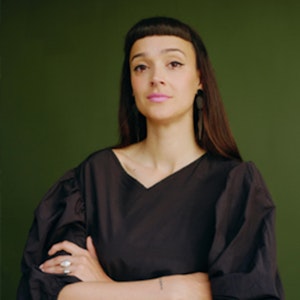 The Five at Five: Abigail Bergstrom 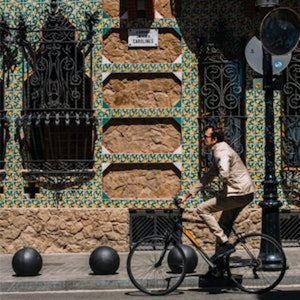 Neighborhood guides: Live like a local in Gràcia, Barcelona

Gràcia may just be one stop up from Passeig de Gràcia, but it feels like a completely different city.