This week: All we want for Christmas is… some good news.

Dare we say it? During this most unusual holiday season, flexible retail – close to home – is having a moment.

• Parking lots are one unlikely location being repurposed as shopping areas. “Asphalt has never been hotter,” quipped The Wall Street Journal. “Outdoor markets and sidewalk stalls are likely to crop up in other U.S. cities in the coming weeks as retailers look for ways to replicate the in-store experience in lower-risk settings,” reported The Washington Post.

• The majority of people still prefer to shop in-person. E-commerce sales are gaining, obvs, with Adobe Analytics expecting $1 out of every $4 in total retail spending to be online. (That still means $3 for brick-and-mortar though). “Customers Still Like to Shop in Person, Even if They Get Only to the Curb,” ran a recent headline in The New York Times. The BOPIS phenomenon – which you may recall from the summer – is still going strong, with 75% of the top 50 store-based retailers in the U.S. offering curbside pickup.

• London’s Frieze week – which The Guardian called a “pop-up space odyssey” – has come and gone, but the art world continues to embrace temporary gallery spaces as a way to reconnect with local audiences, especially in the absence of the global circuit of fairs. Blue chip gallerist Marian Goodman just announced she’s closing her London outpost and replacing it with more nimble (aka flexible) approach: a programme of temporary exhibitions in different spaces across the city.

• Many brands are continuing to meet shoppers in their local neighborhood, according to retail software firm Quidini. Apple is opening 50 more of its new “Express” small format store, which Retail Brew likened to a “Milk Bar stand, but for iPhones.”

On the luxury front: Saint Laurent saw a return to growth over the summer, likely due to its wooing of local customers – its Paris boutiques are literally sending roses to clients. Louis Vuitton chief executive Michael Burke told The Business of Fashion that the brand has told its 12,000 sales associates to consider themselves single-person stores.

It’s a telling anecdote, with an international conglomerate aiming to replicate the personalized approach innate to independents. The good news? 66% of people plan to shop more at local small businesses for the holidays.

In the run up to the busiest (most wonderful!) time of the year, shoppers are more thoughtful about supporting businesses that symbolize their streets. NYC’s iconic Strand bookstore, facing a drastic decline in revenue, issued a plea for help last Friday. (Yes, it’s controversial, but still important to share). On Saturday, the flagship recorded the single best October day in its 93-year history. “[It is] a throwback to a quirkier type of local retail, and many new Yorkers were unwilling to let it go down without a fight,” reported The New York Times.

• In an unprecedented move, major American retailers will be closed on Thanksgiving to give workers a break, which 75% of consumers support. “[The pandemic] has made us all a little bit more tolerant, a little bit more human,” Jill Standish, MD of Accenture's retail practice, told CNBC. She also cited data showing that 40% plan to do their holiday shopping at minority-owned businesses, or with retailers who support the Black Lives Matter movement.

• Retail sales in the UK saw the biggest jump (ever) in Q3. In the U.S., sales have been climbing for five straight months, which some analysts see as a good sign for holiday spending, with projections anywhere from 1-5.8% YoY increase. “After the anxiety and stress of a year defined by the virus, natural disasters and a divisive election, we suspect holiday sales will also benefit from a yearning for comfort and normalcy,” Wells Fargo economists told Bloomberg.

• It’s not all warm and fuzzy though, with rising unemployment rates and widespread uncertainty about long-term economic prospects. When it comes to holiday shopping, some of us will be prudent, while others will throw caution to the wind. It’s called the “what the hell” effect, according to Karthik Easwar, a professor of marketing at Georgetown University, who also points to the importance of speaking to the general desire for a more meaningful retail experience. “Those emotional connections are what are going to resonate, because that’s, to some extent, what we haven’t gotten as much of in 2020,” he told Retail Dive.

While we’re doling out data points: holiday sales represent 20% of the annual take for retail, so it’s hard to understate how crucial this time really is.

Heard of the Keynesian economic formula the “Local Multiplier Effect”? Neither have we, but it gives a theoretical framework to what we’ve known all along: buying local means your money stays in the community, supporting the ecosystems we care about. (For every $1 that’s 68¢, for every £1 that’s £1.76).

Christmas comes but once a year, so let’s make it count. 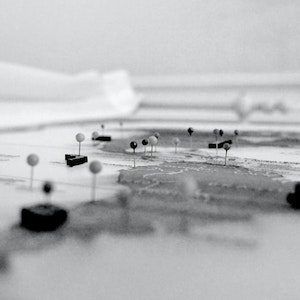 How to launch into a new market

Our panel of industry experts explore how brands can expand effectively. 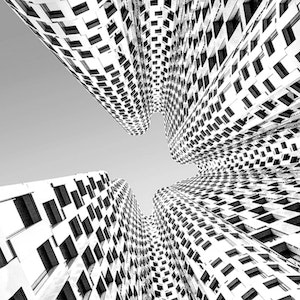 Reinventing retail: how our cities can adapt to the crisis

Advice and insights from experts in property, development and retail.