What does the end of ownership mean for our cities?

From the homes we live in to the music we listen to, the world’s attitude toward what we own has changed dramatically – and this is just the beginning.

In the future, what will we own? It’s a prospect that’s becoming more questioned. Ushered in by the great economic recession and the mobile revolution, the last decade has brought with it radical new ways of thinking about personal property.

Compared with the previous century, the 21st century is much less about buying things in order to claim ownership. Where we once used to own books, films and other types of media, today we stream and download them through digital services. We rent out our spare rooms while we vacation in other people’s homes. We’re less likely to buy property, take on long leases or buy cars. We start businesses online, rent temporary desk space and temporarily let under utilised spaces to bring people together.

This new wave of thinking and purchasing has come hand in hand with a new era of businesses and services – many of which we could no longer imagine our lives without. Could this be the beginning of the end of ownership? We can’t predict the future, but we can think ahead by taking a closer look at what’s happening around us.

While it’s not necessarily a new term, the sharing economy first took the world by storm in 2007, the year the first iPhone was introduced. It was also when millennials were waking up to the realisation that they would be the first generation in history to have it worse off financially than their parents.

The idea that we could rent under utilised items like power drills from our neighbours painted a warm and fuzzy picture of the future. People seemed excited about it, startups started building to serve the world of “collaborative consumption”. Going through the motions of renting neighbourhood power drills was something that never really took off.

Still, the likes of Airbnb and Uber rode that wave to massive commercial success. Smaller peer-to-peer sharing economy startups have also carved out their niches, such as mobile marketplace Depop or dog sitting service Borrow My Doggy. What all these services have in common is that they exemplify a new type of offering: a platform that solves frictions for the digitally native user and is designed to enable human-to-human trust, allowing us to seamlessly exchange our services or goods with one another.

Tip of the iceberg

Today, what we understand by the sharing economy may have de-railed a bit from its idealistic beginnings, but perhaps we’re only seeing the tip of the iceberg. It’s being said that emerging technology such as blockchain (don’t worry, most people are still confused by what it actually means) and drones have the potential to transform the way we buy, sell and rent absolutely everything as a string of services directly from one another.

As the Guardian writes: “If the premise of the current sharing economy is that you can turn your car into a taxi or your house into a hotel, the premise of the next sharing economy is that you can turn any idle asset into a productive piece of capital. All you have to do is set your price, and the robots will take care of the rest.”

From streaming endless music on Spotify to binge watching Netflix, we’ve quickly become accustomed to paying for access to premium content and ditched the idea of needing to own it. This way of thinking about ownership in the digital space translates to shifting attitudes toward physical spaces and objects too.

Where owning a car was once considered a symbol of independence and status, it’s now widely considered a means to generate some extra cash through ride-sharing. Where in the 90’s one in three 16- to 24-year-olds who were bringing home the bacon could afford to buy their home, only one in 10 can today. Within a generation, the peak home buying age has increased from 25 to 45 years old. This of course has to do with macro socio-economic shifts: global cities are become more densely populated, the cost of living is increasing and property prices are rising.

As a result, we’ve developed totally new ideas of what constitutes success, such as big social media followings, rich travel experiences and exciting job titles. We’ve shifted our values to become more conscious about how and what we consume in an increasingly globalised world.

From co-working to co-living

In the last decade, co-working spaces exploded across cities, stepping up to meet the demands of new, more autonomous ways of working. These spaces hosted nimble startups and roaming freelancers looking for a solid wifi connection, giving them opportunities to connect with others away from their screens.

Now, co-living spaces are gaining traction, offering a new type of urban living that allows millennials to get those same kind of benefits and forgo a crippling mortgage. Co-working empire WeWork launched their WeLive concept in 2016 in New York City, offering luxury living spaces with yoga classes and free beer included. Roam has successfully launched a network of co-living spaces in Bali, London, Miami, Tokyo and San Francisco designed to host digital nomads bouncing around the globe. In London, The Collective positions itself as a new kind of property company, giving Londoners their own luxury living space as well as access to communal areas shared with up to 500 other people. All of these new real estate services offer convenience, community and comfort in exchange for a flexible membership fee.

When we look at how retailers utilise space, a similar tide of change has swept across our cities. In 1992 the average lease length was 20 years, while today it's less than five years. While retailers once considered having a store in a prime location as a status symbol, they are now launching pop-ups and collaborating with other brands to create new experiences that connect with their customers.

Whether a restaurant, shop or yoga studio, paying for temporary access to spaces in highly coveted areas proves to be an effective retail strategy for growing businesses. On Appear Here, we’re seeing that many brands no longer want (or are able) to commit to long-term leases when opening a physical store. Demand for short-term spaces on London's most sought after streets continues to outstrip supply, with over 15 times our booking requests coming in on key streets than the number of spaces available. In London, we went from 40 bookings in 2013 to 4,000 bookings last year. In Paris, demand has grown by over 350% in the last year. And after launching in New York just six months ago, we’re already showing three times as much growth than in Paris.

History proves that people have always been averse to change, particularly when technology is the culprit. Shifting away from ownership has brought us into a new playing field for which we have yet to properly define the rules (just think about the battles both Airbnb and Uber are fighting in different cities worldwide). When we take a step back however, we can see how “the end of ownership” isn’t necessarily a bad thing. So far, it’s given us affordable access to endless content at our fingertips. It’s driven us to create spaces that facilitate more human connections. And it’s making our cities more interesting places to live through making more space accessible to new brands. Could a future where ownership is a luxury be what keeps our cities vibrant and interesting? While there will certainly be new challenges to face during these shifting tides, we’re watching with anticipation for what’s next. 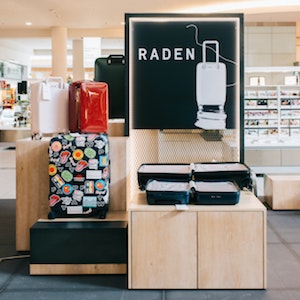 Meet The Edit: a new shopping experience at Roosevelt Field

We've partnered with Simon Property Group to offer a unique rotating retail destination in one of the top malls in the country. 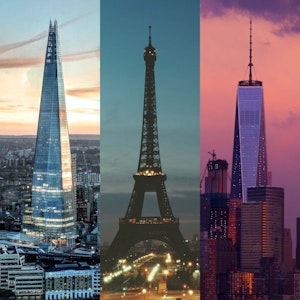 Meet the ideas and see who's won their dream store...