For this new monthly series, we’ll document the lives of local shopkeepers via daily accounts from the shopkeepers themselves. Their stories show that even in hard times, the entrepreneurial spirit continues to thrive.

Here, Chris D’Sylva of Notting Hill Fish Shop recounts how he and his business partner, Frederick Lindfors, have had to adapt to trade under lockdown.

Fred hasn’t worked a Sunday in over ten years, I definitely wasn’t in his good books this morning. I guess clashes are inevitable. I’m an ex-advertising Aussie and he’s an old-school fishmonger via Kensington Palace. He’s a bit of a stubborn guy but so am I. It works, most of the time. Sunday mornings are a pain in the arse, but with these C-virus updates getting more crazy by the day, it’s what’s needed to keep us afloat. I’d rather an early start than a closed fish shop.

Boris announced the lockdown today. Back when I worked in advertising, I was always the guy who could find a solution to anything, but the announcement knocked me for six. Let’s put it this way – running a fish shop is going to be pretty difficult now the fishing industry has ground to a halt.

After a lot of calls, I managed to find some fishermen who were willing to go out and catch for us. The only thing is, we had to buy everything they caught. Today that was 200kg of lobster. The anxiety is really settling in. I’m trying to figure out how the hell I’m going to sell this. I’m also painfully aware that having too much lobster could be the most ‘Notting Hill’ problem ever.

Banter with the locals was good today. I’m starting to wonder if the fish shop is actually just a stand-in for our local pub. A couple went on about how glamorous life must be as a shopkeeper. I told them they had no bloody idea about how insane it is. We botched two jobs this afternoon. To patch up the first I drove to Connaught Square with a West London apology a.k.a. some Côte de Boeuf. The second was a missed fish pick-up down in Cornwall. I’m setting off now to get back for a 5 am start. Glamorous definitely isn’t the word.

I feel like I’ve been having ‘one of those days’ for about a month. I’m not an emotional guy, but I’ve been so knackered lately that the slightest thing just sets me off. Today, we managed to sell the last of that 200kg of lobster and I had to take a moment. Getting emotional over a lobster – that’s definitely a new one. I’m lucky to be able to keep my doors open so it’s not a time to brag, but I can’t help feeling a little smug knowing that Notting Hill Fish Shop is absolutely smashing it. The locals love us, sales are through the roof and we absorbed some insane talent from the places that closed when the C-virus came knocking. It’s cost me my sleep and my social life, but I know I’ll do what it takes to keep us open and them in a job. 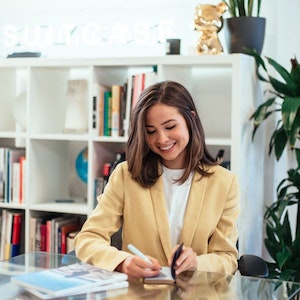 The Five at Five: Suitcase Magazine

The founder of Suitcase Magazine shares her best things to read, watch, shop this weekend 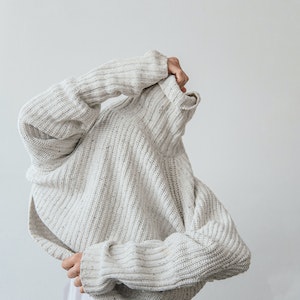 The Week Here: Human after all

All you need to know about the week in retail