This week: As social commerce burrows itself ever deeper into our lives, what does that mean for the ways we shop?

• Feels like streaming has taken over the world. Nordstrom, which may or may not be 100 years behind, just announced a new “Livestream Shopping'' channel. (Note: in China, e-commerce livestreaming is already an actual degree). Of the $60 billion generated in 2019 global sales, the U.S. accounted for $1 billion – but lockdowns saw streamed shopping pick up some steam. The interactive nature is as close as it gets to the real thing. Coincidence? Wethinks not.

• Also, everyone’s got an audience. The creator economy represents 2020’s “fastest-growing type of small business,” reported The New York Times. It’s not just about promotion, it’s about curation. “Influencers Take on Yet Another Role: Store Merchant,” ran a headline in The Business of Fashion, with the article going on to cite an influx of new online retailers taking the “tastemaker-led approach”.

• Nearly four in five businesses use Insta for influencer campaigns. And just when we thought social would be forever dominated by the square, along came a certain audio-based app. Are moderators the next big thing? “Because it’s so new… brands seemingly have no idea what to look for when it comes to Clubhouse, they just know it’s a significant avenue that they should capitalize on,” angel investor Jin Yu told Digiday.

“Social media platforms like Facebook are making it easier for consumers to go from discovery to purchase without ever having to leave the platform,” said Massimiliano Tirocchi, co-founder of Shapermind.

Reaching new audiences? In a word: frictionless. But with the average online conversion rate hovering around 2.5% – convincing them to spend some coin is harder than it looks.

True: Discovery happens more and more online. Also true: All media does, essentially, is attempt to convey how something feels, fits, tastes, and smells. (Try doing all that through a screen).

So one miiiiiight just call in-person retail the ultimate social selling platform. Okay, we’re calling it. It’s the OG. (Which is probably why digital unicorns continuously invest in it).

• Showfields, a department store in NYC, calls its salespeople “storytellers” and offers retailers digital insights gleaned from its app. “I want to be for physical retail what Shopify is to e-commerce,” saidco-founder Amir Zwickel. “If Showfields is any guide, the physical store will not only survive the rush to e-commerce but even thrive as a place of interaction between retail ‘stylists’ and consumers,” reported The Economist.

• We’ll always need those places to hang. Serial entrepreneur Jessica Resler is the founder of Sharks Pool Club, new (contactless) private pool rooms in NYC. Launching an in-person business at the tail end of a pandemic? “With live experiences going away for such a long time, being able to offer something fun, safe, and accessible, feels like an important thing to do right now,” she said.

While “games” might call to mind the more VR-version, Resler is convinced of the enduring draw of humans gathered in a room. “Nothing will ever replace people being able to make memories with other people.”

Spring is here. Summer starts soon. We’ve got a year of catching up to do. 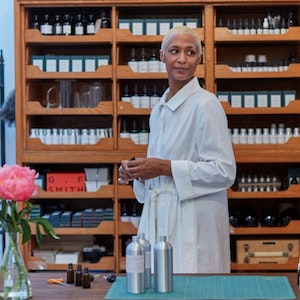 The Five at Five: Maya Njie 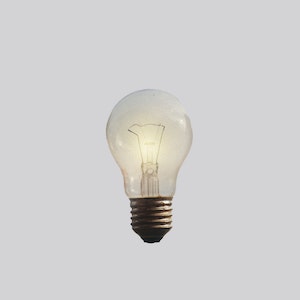 As we begin to emerge from the pandemic, who’s thriving? Who’s not? And who are the new entrepreneurs