The art of the drop

This week: For all DTC brands, it’s the eternal (as one-year-ends-and-another-begins) question: how to expand?

So. You’ve got a hit hero product. Where does your brand go from there?

• Think outside your category. “Positioning a brand as something bigger than the products it currently sells is an important first step when considering any future category takeovers,” noted Thingtesting. Case in point: Allbirds. Your first thought is probably “soft sneakers,” but they’ve taken to describing themselves as a “material innovation company.”

• Rothy’s, which started five years ago with two models of women’s shoes, has since branched out into handbags and accessories – and is now a near-billion dollar business. Parachute, purveyor of bed linens, is launching a furniture line. “We see ourselves not just as a DTC dropshipping company, but a fully-fledged business that’s going to make a real impact in the world,” said Andrew Watts, community lead at vegan food brand Simulate. “And to make the most impact, you need to have the most points of entry for people to experience your company.”

• LA-based clothing brand Rails has been wholesaling internationally for the past decade. Now? They’re taking those lessons about local devotees and opening their own stores abroad. “As a small brand, you reach a point within the U.S. wholesale scene where there is only so much you can grow via wholesale,” said Gabriella Santaniello, founder of consulting firm A Line Partners. (With America so often in the growth sights of European brands, good to see the sentiment is shared).

So whether you’re at the first station on the growth train, or further down the line, the idea is to expand the offering. The possibilities? Pretty endless.

Since 2019, the number of DTC brands has more than tripled. The playing field = saturated.

How to tap into that staying power? Might have something to do with product drops and pop-ups.

• Boy Smells – purveyor of candles, fragrance and undergarments – releases special collabs alongside its core range, and saw sales more than double this year. “More brands, having witnessed the marketing power that comes with pushing a product as scarce, are trying [the drop] distribution model on for size,” observed Thingtesting. “Weird, wonderful and limited-edition products get people talking, and, more importantly, handing over their money.”

• Limited-edition products are a natural pairing with fleeting physical activations. “In-person product launches are back, and brands are using pop-up spaces to drop exclusive products and capsules between show seasons, often in cool, urban neighbourhoods with a short-lived, streetwear hype attitude,” reported Vogue Business. Some of the top-ranking online brands also have a “key differentiator”– they’ve got brick-and-mortar stores. “Brands and retailers need to be everywhere the consumer is, and the consumer will dictate where it is he or she wants to be,” said Matt Katz, a partner at SSA & Company.

• Whether you’re a digital native experimenting offline, or an IRL business building out its URL capabilities, it’s pretty much the same game. “It’s [about] opening up channels of exchange that don’t always necessarily have to be monetary. It needs to be long-term. I don’t necessarily think most brands are thinking like that,” said Nate Agbetu, co-founder of creative studio Play Nice, which Gucci tapped for their Circolo store in Shoreditch (launched with yours truly).

What becomes a legend most? Something short-lived.

Because that FOMO factor? It’s universal. 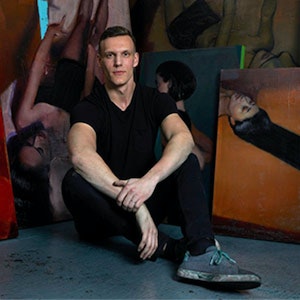 The Five at Five: J. Louis 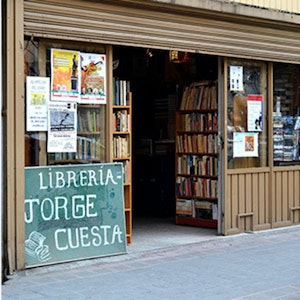 Where you should go if you like browsing artisan stores, and eating while people-watching from the veranda of a street-side café.