The sex life of maude

Éva Goicochea might be something of a serial entrepreneur, but a prototypical founder she is not. “Okay, maybe the only cliché thing on my resume is my experience at Everlane,” she quips.

With a kaleidoscopic background including healthcare legislation and brand strategy, working with companies from The Natural Resources Defense Council to Squarespace, we were pretty stoked to sit down with Goicochea to talk about her sexual wellness brand maude, which launched in 2018.

Its ascent has been pretty turbocharged since then, raising a cool $10 million and signing on Dakota Johnson as co-creative director. maude is also one of Appear Here’s 2020 Space for Ideas winners – with a store in the cards for early 2022. (Thank you, corona).

Is there anything from your experience launching your first brand, Tinker Watches, that you applied to maude?

I would say getting a product to market and building a whole ecosystem. Although it depends on the product, the biggest lesson was making sure you’re well funded. In this case, we were super underfunded. It still has a life, but it’s pretty slow. With maude, the MOQs (minimum order quantities) were so high we didn’t have a choice to self-fund it.

Healthcare and brand strategy are (to most) unlikely bedfellows. Was there a “lightning strike” moment for maude?

I was with my other co-founders of Tinker. We were talking about bringing good, everyday design to any kind of product. We thought it was pretty strange that sexual wellness products were so poorly designed and executed. We even considered putting together a curated box, when we realized there was nothing to put in one. That got my wheels spinning. I thought: I want to pursue this – it has the potential to be really impactful, it will be big. [The other co-founders of Tinker] said: “We don’t want to tell our grandmothers we sell condoms, so good luck to you,” and that was really the start of it.

Speaking of grandmothers, how does your family feel about you “selling condoms”?

My grandmother, who is Catholic, is very proud of me. My entire family acknowledges that a good business is a good business, and they’re really excited.

We saw so much demand that we couldn’t keep up with it. We also noted the content we were publishing was consumed at a much higher rate. We saw website traffic consistently throughout the day, whereas before customers were mainly active at night. We did deal with supply chain issues throughout last year but now we’re back on track.

maude is now carried in major department stores and specialty retailers. What prompted you to throw your hat into the “Space for Ideas” ring?

We’ve never done a full store, although we did a pop-up community space in Williamsburg and the retail component was a more short-lived moment within that.

The learnings around the retail we had was that the footprint was too big. We really needed a curated experience that feels like the focus is more on the product and education than it is about filling a space up. The thinking was, let’s truly translate that into what a store will look like.

How do you envisage maude coming to life? Any physical retail plans you can discuss?

Our idea is to set the tone for intimacy, through texture and color and sound. We want [the space] to be really small.

What we learned from our previous activations is that if a space is presented purely as one around sexual wellness, people still feel like it’s stigmatized. As far as opening other locations, I think there are a lot of considerations including what is the footprint, what does the experience look like. One of our sister brands, Aesop, has always had their growth driven by their stores which are very design-led and customised for the local audience. I think the ideal is to do something like that, but we recognize that it’s a bit of an uphill battle when it comes to destigmatizing spaces around sexuality.

There’s an editorial collection on your site devoted to topics around “changing bodies, and getting older with a partner”. When it comes to inclusivity we don’t often think of age. What about the demographics of your customer?

It does not equal nor correlate to whom you would think would be most comfortable in a sexual wellness space. Our split is 42% men and 58% women. 46% of them are over 40 years old. And 68% are in middle America. It’s pretty cool, and definitely a testament to the fact that it’s such an underserved audience.

Where do you see maude in a few years from now?

Expanding more into content. Going into new product lines. Definitely having more of a retail and international footprint. Cities in Scandinavia where there’s interest in the brand. We also have a good base in France. I’d love to launch in London, if it gets its [COVID] shit together.

You sit on various advisory boards – is there something around being a Latinx founder that you see as adding another layer of "responsibility" to your participation in mentorship programs?

Yes, especially because I’m one of the few Latina founders who has raised as much as we have raised. And honestly, I don’t think we’ve seen much progress. For me, there’s an enormous amount of responsibility, to advocate for people who are Latina, and an even greater need to advocate for founders from a diversity of backgrounds and different age groups. Not just your typical, under-30 white male who went to Wharton.

I started a retreat called Founders’ Weekend after getting so many questions about navigating raising and the early stages. I thought, why don’t we all just get together and talk about it. In the two retreats we’ve had so far, everyone is within 3-5 years away from each other in terms of stage of company.

At 39 I’m usually the oldest person there, which is fun. 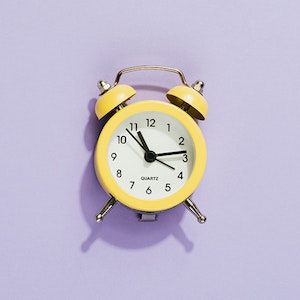 December, it’s here. (And so is a new variant). 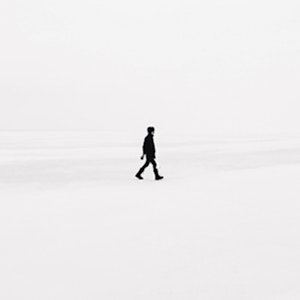 Why are so many people walking away from their jobs?