With fashion month fast approaching, it's time we turn our attention to the brands turning heads on the runways. From futuristic technical garments to inclusive body-positive eveningwear, London’s designer set continues to showcase their roots, their beliefs, and their undeniable talent.

Here are our top ten emerging designers (in no particular order):

Kuo Wei launched INF to create garments for “the rebels, the sociopaths, and the kinkies.” Each piece is tailored by the self-proclaimed obsessive and compulsive designer, who specialises in structure, cutting and pattern to sculpt striking separates with a deconstructed aesthetic. The Taiwanese-born creative has been showing on the official New York Fashion Week schedule for a few years, but now the brand is heading to LFW and we can’t wait to see what’s next.

Making his runway debut at LFW last February, Jawara Alleyne’s designs are inspired by his early years in Jamaica and the Cayman Islands. “There’s a lot of storytelling in my work, but there’s also a strong knowledge of the ways of cutting patterns – particularly for the male form,” says the Central Saint Martins’ MA Fashion grad who studied menswear, but has expanded into womenswear for his own line.

An Indian-Nigerian heritage collides with London culture in designer Priya Ahluwalia’s brand, Ahluwalia. Her label takes a sustainable stance on creation, reimagining vintage and deadstock fabrics through various textile and patchwork techniques. Ahluwalia won the LVMH prize in 2020, was nominated for the BFC Foundation Award at the BFAs in 2021, and became a finalist for the Woolmark Prize last year — one to keep an eye on, for sure.

Menswear designer, movement director and choreographer, Saul Nash is a man of many talents. His designs cut technical garments for ‘the liberation of movement,’ fusing luxe menswear and sportswear together — Hypebeast dubbed him “the next superstar of sportswear”. Recently, the homegrown creative received both the International Woolmark Prize 2022 and the Queen Elizabeth II award for British Design.

London-based label Feng Chen Wang takes a forward-thinking approach to design, and offers a minimalist take on modern menswear. China-born Wang launched in 2015 after graduating from the Royal College of Art in London, and her most recent collection features deconstructed tailoring and reconstructed denim. Make sure to check out the eponymous brand’s pop-up launching with Appear Here for LFW this season.

Another Central Saint Martins graduate, Albanian-born Nensi Dojaka launched her line in 2019 after the luxury online retailer SSENSE bought her MA collection. Championing the female form through her distinctive designs, Dojaka deftly cuts slender tulle, georgette tops and figure hugging dresses. In 2022, she was invited to join NEWGEN by the British Fashion Council — we can’t wait to find out what’s next.

London-based Irish designer Sinead O’Dwyer is on a mission to elevate body diversity. Her SS23 collection, shown at LFW last September, featured a cast of models from size 8 to 26. From casting to the clothing in production, O’Dwyer accommodates non-sample-size bodies, challenges industry beauty standards, and confirms that luxe RTW really is for everyone.

Multidisciplinary artist and designer, Yinka Ilori, believes that art and design should be accessible to all. And you can now find his vibrant visual language emblazoned on a new reusable shopping bag, part of an ongoing collaboration with high street giant MS. Last year, the British-Nigerian creative launched his debut IRL retail space that took inspiration from West African architecture, to house his homeware and lifestyle products.

A multidisciplinary entrepreneur, Burcu Tandoğan, started her career in retail, launching an online platform along with a concept store in Alaçatı,Turkey before launching her RTW brand, Burqu. Her talent for e-commerce, retail, sales and marketing come together with her strong eye for art and design, to create a super-slick aesthetic that promotes slow fashion over mass production. 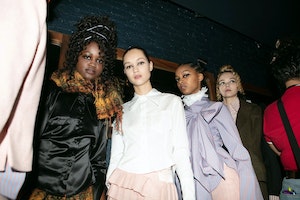 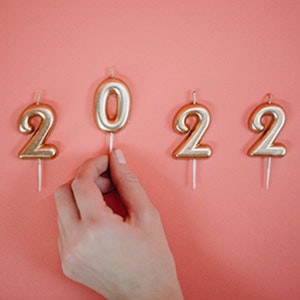 No, we don’t have personalized infographics revealing your entrepreneurial personality type.