This week: The return of experiences, in all sorts of forms – and we do mean the in-person kind.

What’s an exhibition without people in the room? If a show is performed without an audience, did it really happen?

• The Frieze art fair was the first of its kind to be held in New York since last year. Passes quickly sold out, and gallerists, by most accounts, made bank. “The art world is seemingly on fire,” reported The New York Times. With these highfalutin fairs built around the social cachet of see-and-be-seen – it just ain’t the same online. “The chief distinction of Frieze New York is that it happened at all,” observed Peter Schjeldahl in The New Yorker.

• Arts and culture venues all over the UK reopened this week, with ticket sales “brisk” for places like the National Theatre and the Victoria & Albert Museum – but a sense of uncertainty about the future prevails. Around half of galleries and museums fear for their survival, reported The Times.

• The Brooklyn Academy of Music introduced a program called ‘1:1 Concerts’, in which a single musician plays for an audience of one. It’s a stark reminder not only of the power of live performance – but also of how many individual livelihoods have been hit by lockdown. “The way we’ve been supporting all kinds of other small, local businesses – do that for the arts and arts scene, too,” said Ashley Ryan, Marketing Director at the iconic Minneapolis music venue First Avenue.

Brands associating themselves with cultural trends and the arts scene is nothing new – but the return to experiential this year will start small, and local. Take Bombay Sapphire’s recent transformation of The Design Museum’s tiny high-street shop.

“There is pent-up demand to go back to live experiences, make no mistake,” said Elena Klau, global chief strategy officer at experiential ad agency Momentum Worldwide. “We are anticipating a year that we have never seen in the agency’s lifetime.”

“Pent-up demand” is certainly the way to describe what many UK retailers saw, after being closed for nearly 100 days of lockdown. And at Appear Here, we’re seeing UK request volumes back at pre-COVID levels.

• It’s been just over a month since non-essential retail reopened across England. The latest Deloitte Consumer Tracker shows a record jump in Q1 shopper confidence. The firm also found ‘going to a shop’ topped the list of people’s post-lockdown leisure activities.

• With social-distancing measures still in place, many business owners are concerned about shoppers being too weirded out to spend time looking around and discovering new products. “We try to entertain people as much as encourage them to shop. A bit of what we do is in the entertainment world,” said food retail consultant Edward Berry, who advises shops to work towards reintroducing a “sense of occasion” and the “retail theatre experience”.

• Selfridges has a new Experience Concierge – a gifting service offering curated experience packages. “We have been… listening to our customers and we understand what they have been missing – experiences and inspiration,” said managing director Andrew Keith. They’ve also opened an outdoor SoulCycle studio and even started offering micro wedding packages, calling the store a “social space”. You might be somewhat cynical about the strategies of a deep-pocketed retail giant, but there’s something to learn from a place that’s lasted over a century.

Selfridges opened its doors in 1909, during the glittering age of department stores. Not to wax too historic, but it was a pioneer in British destination retail when Mr. Selfridge decided London’s department stores were seriously lacking the “panache and drama of their American and Parisian rivals”.

“It became a place to meet and for ladies to lunch,” noted the BBC. That was 112 years ago, and it’s still about the euphoria of experience.

The more things change, the more they stay the same. 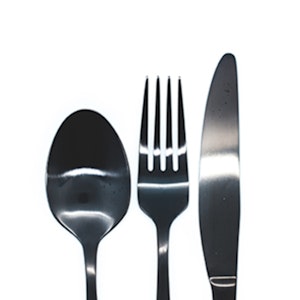 All you can eat

Why the return of restaurants is about so much more than just good food. 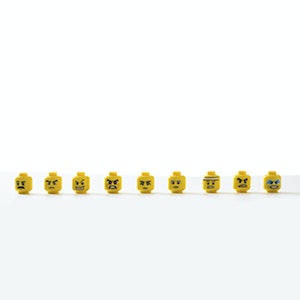 Welcome to Mental Health Awareness Month. It’s been a sanity-testing time, for all of us. How are entrepreneurs faring?