What can fashion learn from streetwear’s success?

2017 was undoubtedly the year of streetwear. As a style and culture it had been suffusing into the wider consciousness for a couple of decades, but last year was the chrysalis moment: it could no longer claim to be anything other than mainstream.

Leading the way are the uber-brands Supreme and Palace, with the former’s collaboration with French fashion géant Louis Vuitton writing headlines the world over. In a blaze of flashbulbs, the twin worlds of gnarly streetwear and unobtainable couture intertwined and a million mood boards were born.

How have these two Goliaths of the streets, skate parks done it? Among their impeccable penchant for hype-curation and celebrity endorsements lies a handful of golden rules that any retailer can hope to learn from.

Foremost is their commitment to a physical presence. Oddly, for a movement that originally blossomed through the popularity of Web 1.0 forums like Nike Talk and Hypebeast, a key tenet of Supreme and Palace’s appeal is the way they project themselves IRL. The cleanest examples are the lines outside their shops that accompany every one of their regular drops; shoppers pack the pavements from London to Tokyo and a fraternity is born of those streetwear uber-fans.

“The line is the new community,” said Highsnobiety executive editor Jeff Carvalho to the New York Times. When 200 to 300 kids are lining up outside of a store, it’s because they want to be part of something.” Of course, it’s 2017 so that community won’t be shy of letting their social media followers know where they are, and thus the buzz threads from sidewalk to newsfeed.

The line is also a key focal point for those status-making organs for fashion and youth culture; the likes of Vice, Fashionista, Hypebeast, and Highsnobiety all covered the queues in the past and helped solidify their reputation as the modern woke (and moneyed) kids equivalent of the lowly park bench.

There’s more to this community than just simple buzz though; it’s about fostering a collaborative culture from which everyone can benefit. A perfect example was Palace’s Mwadlands skatepark that they opened last year in Peckham, arguably the heart of London’s creative culture. Or the collaborations with legendary sculptor Mark Gonzalez and collage artist Weirdo Dave in Supreme’s Paris store that opened in 2016. Not only do these examples help up the company’s cool cache but they serve a purpose beyond that of mere dressing; they’re helping sporting and artistic talent to blossom.

This is absolutely key as the culture of streetwear is about so much more than skateboarders: it’s about musicians, artists, photographers and graphic designers. It’s aspirational; yes, wear our clothes. But use them, and our store, as a way to project your better self. Streetwear’s roots also touch on a wider cultural spectrum than, say, those of the leather jacket rockstar aesthetic. Streetwear musical heritage is from hip-hop, punk, techno; by its nature it’s a multi-ethnic, inclusive gang.

“Since day one we’ve had zero tolerance to any discrimination and we’ve fostered a community that’s adopted those values. The Basement has become a place for promoting the right morals and ethics,” said Taylor Prince-Fraser, founder of the online streetwear community The Basement, which has moved into providing offline spaces for its community to gather and grow.

Of course, reasons for limited editions and short runs aren’t only based in ideological values but practical ones. Brendon Babenzien, previously the designer for Supreme and now running his own label Noah, told the Business Of Fashion: “We’re small. You don’t want to have a tonne of stuff at once. This is just an honest, genuine way to do business: Here’s what we need now, let’s put it out and let’s continue bringing product in throughout the season when it makes sense.”

It will be fascinating to see how streetwear evolves, especially as more brands inevitably try and piggyback on the success of Supreme, Palace and the rest. In the age of information-sharing, the key to success will be authenticity. Both brands have well-told stories of their inception and roots – Supreme boss James Jebbia opened the first shop in Manhattan way back in 1994, Palace’s owner Lev Tanju is a passionate skater who invented initially Palace as a way to sponsor his skater bredren – and while these have undoubtedly been privy to some pruning by the myth-makers and PR-managers, they’ve stood the test of time because they’re rooted in their founders’ true passion. For retailers looking to replicate streetwear’s success, they need to feel the same. 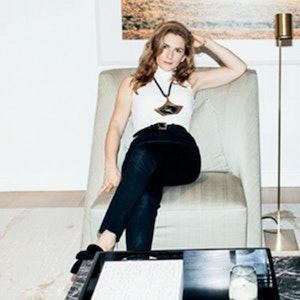 Behind the store: Claire Distenfeld, Fivestory

We sat down with the owner of the Upper East Side’s favorite boutique. 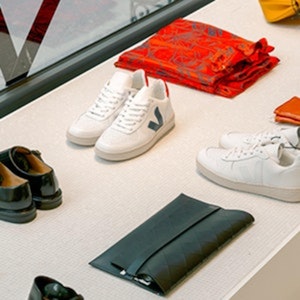 In conversation with: Nicolas Israël of Centre Commercial

How the director of Paris’ coolest concept store and creative space makes it work.