Why brands are crowdsourcing ideas from their customers

The idea of business decisions being dictated solely within stuffy boardrooms is fast becoming an outdated one, with more and more high-profile brands crowdsourcing ideas directly from their customers before making important strategic changes to their business.

Glossier has done this by directly communicating with its Instagram followers and utilizing their opinion in order to inform new product launches. It did this back in 2015 by asking its customers via social media what they believe constitutes as the ingredients for their dream face wash – and then used the best answers to inform several of their new ranges. UK challenger bank Monzo, meanwhile, has gone as far as posting its product roadmap on Twitter, allowing followers to vote on what the business should prioritize over the coming years.

Perhaps one of the best examples of crowdsourcing directly benefiting a brand has been food chain Pret A Manger. Back in August 2015, its CEO Clive Schlee put up a poll on its blog asking customers whether they would be open to a veggie-only Pret store. After customers voted overwhelmingly in favor of this new store, Pret launched a site in London that only sold plant-based food. It proved to be a huge success in sales, and Pret is now planning to launch several other veggie sites. This proves that letting customers dictate your business strategy can sometimes be a wise move.

The reality is boardrooms can get lost in the numbers and develop a blinkered view of their business, losing touch of what customers are actually looking for. Crowdsourcing is a great way of finding out exactly what it is that your customers desire. It also can have an immeasurable impact on customer loyalty, making your customers feel like they have a real say in your business and are brand advocates rather than just mindless consumers.

“A lot of brands will ask for opinions even when they’ve already made up their mind. It’s just lazy. If customers are good enough to give you their time, you need to listen,” Pret’s former marketing director Mark Palmer says in an interview with Marketing Week back in 2016. “Marketers find it hard to listen and they usually have their minds already made up, which is a mistake – if customers want to be part of you brand, you need to take them seriously.”

Palmer’s comments show why so many big businesses are turning to crowdsourcing. In essence, it’s a bold move that boosts loyalty while utilizing frontline knowledge from the people who know your business the best – the regulars. It can also play a crucial role in helping start-up businesses, too, with crowdsourcing for investment being a game changer. This is something shown by upcoming video game Shenmue 3, a modern sequel to a cult series of old Sega Dreamcast games that is only being released after its developer crowdsourced investment from thousands of fans. When Shenmue 3 eventually comes out, this will create a more passionate user base and loyal following, and they’ll feel like they actually own a slice of the adventure.

But that’s not to say crowdsourcing doesn’t come without risk. When the National Environment Research Council ran a poll asking the public to help name its new polar research vessel, the winning name was infamously Boaty McBoatFace. This suggestion, which sent the competition viral, received 124,109 votes. This got the vote four times more than RRS Poppy-Mai – named after a 16-month-old girl with incurable cancer – which came in second place. This campaign served as proof that you should never put your business in a situation where customers decide your final outcome. You need to stay in control of your brand, and only utilize ideas from customers rather than giving them the final say on critical decisions.

In order to follow in the footsteps of brands that have successfully crowdsourced ideas, you should look at process as a piece of customer curation, according to Glossier’s CEO, Emily Weiss. In an interview with Harper’s Bazaar, she explained: "Every product that we launch is a new chapter of what we're curating together with our customers. Part of the reason we've chosen to be a direct-to-consumer brand is so we can offer women a really excellent end-to-end experience and journey. We’re able to be very close to our customer and get her feedback on what we should make next and what she wants out of a beauty company. And she feels closer to our business.” When it’s put like that, it sounds like a win, win situation, but just make sure you think it through or you might have another Boaty McBoatFace on your hands. 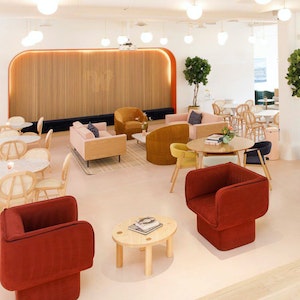 The community-led businesses who are paving the way right now. 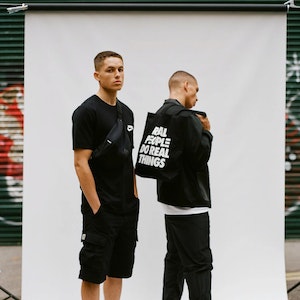 How streetwear grew a coveted community