Why Fashion And Food Are Becoming Fast Friends

“The modern consumer looks to align themselves with experiences and brands that positively affirm their lifestyle, or are inspirational in some way. A relatively easy way to achieve this is through an element of food and beverage."

Ed Francis is the Founder and Creative Director of the The Rebel Agency and works with brands to conceptualize and install bars and restaurants worldwide. He knows the way to a customer’s heart is (partly) through their stomach and, from international luxury behemoths like Ralph Lauren and Giorgio Armani through to single-site independents like Aida in London or Away in New York, the future is food and everyone’s hungry.

The concept of cafes in a shop is nothing new, of course. Department stores have traditionally had areas where shoppers can refuel – their key purpose: keeping the customer in the building. At the higher end, Bloomingdales in New York has various restaurant options, while Selfridges in London has just upped the ante by opening a summer pop-up rooftop restaurant with premium Italian restaurant group, San Carlo. But more recently, it’s the fashion brands who are leading the way with creative collaborations.

In 2013, Hackett opened its Beefeater 24 bar above its Regent Street flagship store. Managing Director, Vicente Castellano, told the Business of Fashion they hoped to “build a full luxury shopping experience for the Hackett customer” while boosting that all-important dwell time in the same stroke. “It is widely known that men do not necessarily spend a great deal of time in stores when shopping, so we felt that free gin and tonics were a great incentive to increase browsing time and ultimately increase sales.” It’s still going strong and has been featured in numerous GQ style guides, as has Ralph Lauren’s Ralph’s Coffee & Bar and Burberry’s cafe, Thomas’s.

Although it’s hard to attribute exactly how much these concessions contribute to the final bottom line, the broader facts speak for themselves: a study by the United States Department of Agriculture found that millennials were spending 44% of their ‘food dollars’ on eating out, while the UK coffee shop market is enjoying high-astronomical growth, rising by 37% since 2011.

Combine these head-turning numbers with the millennials’ fierce brand devotion and you’ve got what appears to be a no-brainer: “If you look at millennial behavior – though it’s going on beyond millennials now – they’ll tell you that they don't like to be sold to,” says Ed Francis. “The reality is that we’re fiercely loyal to brands and we want these brands to evolve.” Where evolution used to mean branded pencils, now it’s single-estate coffee and artisan sandwiches.”

He continues: “as with all things, it’s not quite as straightforward as this. Your first major consideration should be – presuming you are working in collaboration with another brand or partner – that both sides are marching to the same tune. The culture of the businesses involved needs to be aligned. It has to be a win-win. It has to fit with the cultural DNA.”

In San Francisco, last month, online skincare and beauty brand Glossier activated a month-long pop-up in the city’s Rhea’s Cafe. It secured coverage from titles like Elle, Vogue and Eater and while cafe owner, James Choi, told Eater he “thought it was insane at first”, he changed his mind after sitting down with Glossier’s CEO, Emily Weiss. “She founded her company because she didn’t like what the market was offering,” Choi told Eater. “When I first started my sandwich shop as someone not from the food industry, I wanted a platform for people to enjoy the food without hassle, and she felt the same.”

In a world where olfactive branding is a thing, the issues of smell should not be discounted either. The aroma of roasted coffee might evoke memories of slow Sunday mornings for most, but will it work twirling the rails of your beautiful clothes? Ditto noise: will steaming coffee machines or the sound of ice in glasses interfere with the serene atmosphere you’ve lovingly created? Only you can answer that. The question is simple: in the world where experience is king, what do you want yours to be? 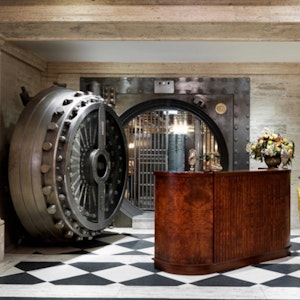 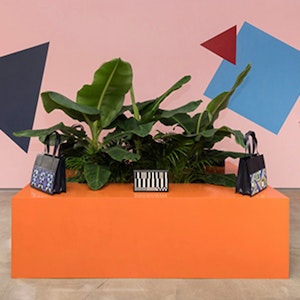