This week: Reopening has been… uneven. And it feels pretty different, depending on where you live.

This week marked the official start of our hot vax summer. So what does that look like in major cities around the world?

• While the UK’s “freedom day” has been delayed, there are still strong signs that people are feeling confident about going out to shop. Visitors to high street retailers are at the highest level seen for the last 15 months. Retail sales are also on the rise, except for in grocery, with that drop attributed to a widespread return to restaurants. The lack of office workers and visitors, though, is hitting central London hard. Empty spaces in the West End are being turned over to artists, as part of a council campaign to coax people back.

• The plan in France is to lift a lot of rules by the end of the month, with more in-person shows expected for July couture week. The streets of Paris are teeming with local life, and the city has approved the permanent adoption of expanded café terraces that spill out into former parking spots and adjacent squares. But the City of Light, which usually sees 10 million tourists each summer, may only get half that this year – which will be felt most keenly by the luxury and hospitality sectors. With international borders reopened, can visitors expect a warmer welcome from the famously frosty French? “We want to hear Dutch, German, English, Italian, Spanish being spoken everywhere in the country,” said the tourism minister, Jean-Baptiste Lemoyne. “We miss it. We miss you”.

• And in the U.S., “after a year and a half of unevenly applied coronavirus regulations, as well as many remote workers moving out… retailers in some cities are feeling more optimistic than others,” reported Modern Retail. Compared to most places, Miami is thriving – attracting an influx of new residents from across the country with its balmy climes perfect for shopping and dining outdoors. Downtown Chicago is struggling though, and even local retail in residential neighborhoods – a bright spot in so many cities – has not fared well. Los Angeles is a “mixed bag”, with both high vacancy rates and small brands taking advantage of the lowered rents to expand.

It’s “round two of the great reopening”, according to Vogue Business. Just how many rounds are left is anyone’s guess, but it’s clear retail ain’t going down without a fight.

You didn’t really think we forgot about New York, did you? For a city so great, we’re devoting an entire section to its reemergence. The one and only: NYC.

It’s been just over a week since most restrictions have eased in New York, after the state surpassed 70% of first vaccine doses. Even the surprise fireworks celebration couldn’t muffle the crowds’ cheers: “New York City is back!”

• “Where should we go? Is a question you’ll probably ask your friends,” wrote Alan Systma in Grub Street. “Oh look, there are – almost unbelievably – a bunch of new restaurants”. While there has been a devastating number of job losses, we can be grateful that less than 10% of dining establishments had to permanently close. “Thank government relief programs… and New Yorkers’ insatiable need to eat and drink amidst others,” wrote Steve Cuozzo in the New York Post.

• The midnight curfew has lifted, and with it a return to the city’s famed after dark scene. “This has really illuminated the ways in which the digitization of all social life has failed,” said Charlene Incarnate, a drag queen who recently emceed a packed event at nightclub The Sultan Room. “Nature (read: nightlife) is healing here in NYC,” reported Guest of a Guest. “The sound is about to be out of control,” said DJ Quiana Parks.

• The outgoing mayor Bill De Blasio just announced the creation of a small business concierge, claiming the city is about to be “the easiest place in America to start a business.” With commercial rents down (like, way down), there’s been a boom in what The Wall Street Journal calls ”quirky businesses” opening. (What they call quirky, we call indie). “This season could be the start of a social, entrepreneurial and creative rebirth in New York, one that [20-somethings] lead,” wrote Steven Kurutz, in a New York Times piece titled: ‘This is the Summer the Youth Own New York’.

“There’s more foot traffic into my gallery than prepandemic… people are yearning for that social engagement that they haven’t had for the last year,” said young art dealer Alexander Shulan.

And socially engage, they will. Kids are raving in the parks. Blocks are lit up with parties. Musicians have finally returned to subway platforms. There’s an overwhelming sense of joy in a city that’s come back to life.

“Adjusting to the unprecedented, we have instant amnesia for the unimaginable,” wrote Adam Gopnik in The New Yorker. 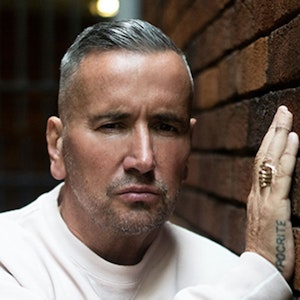 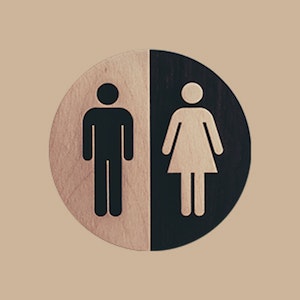 What does it mean to be an ambitious woman in 2021?