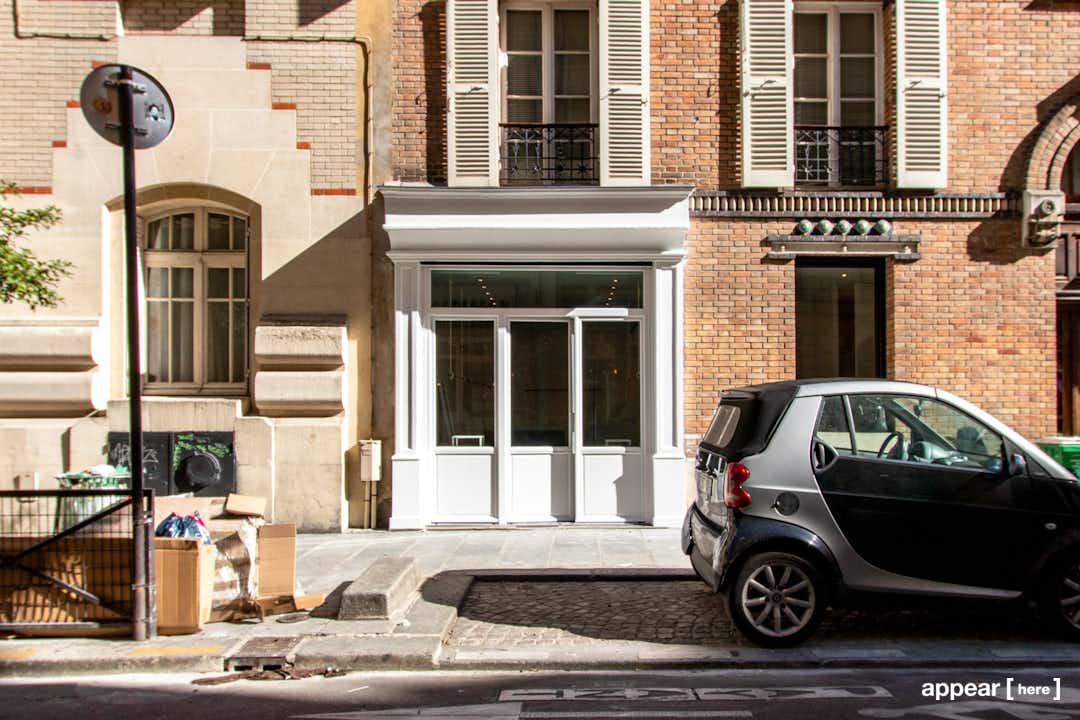 This shop to rent is located in the trendy neighbourhood of the Haut Marais, a paradise for fashionistas and influencers. Its traditional, white storefront is in a beautiful and large brick building. There's one main space and a few adjoining rooms.

For all weekly bookings, check-in is scheduled on Monday 13h30 et keys are returned the following Monday at 08h30