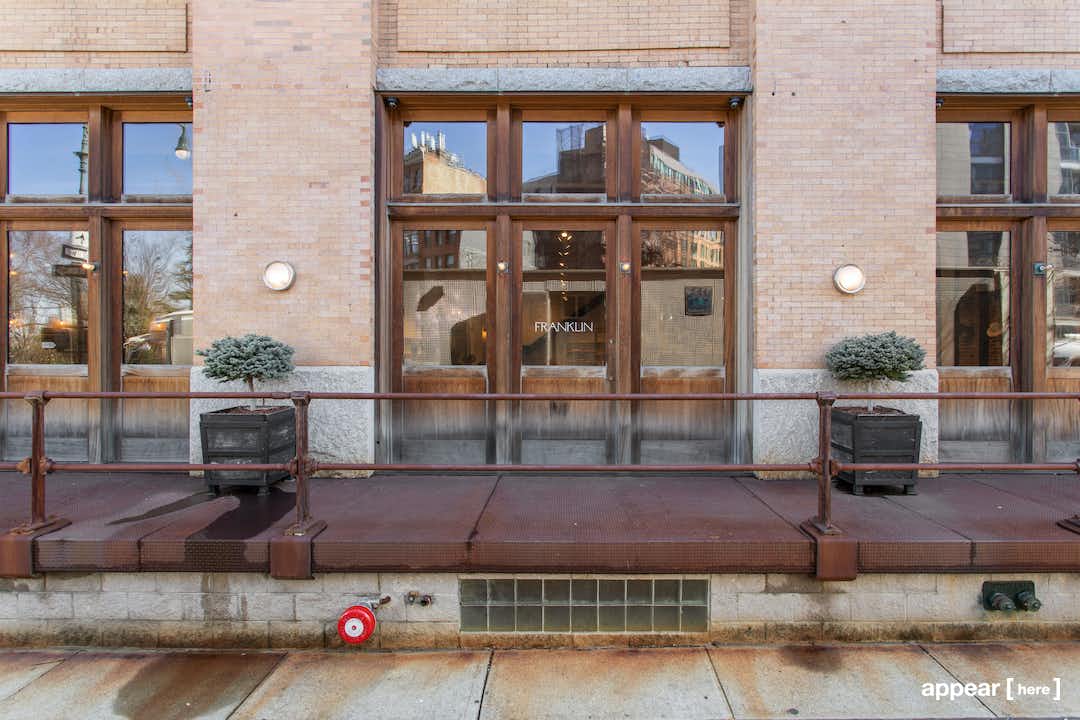 This pristine showroom space for rent is located in an 8-story, brown-brick, loft-style building on 533 Canal Street. It has a front-facing, windowed facade, an open floor plan, and florescent and track lighting. There's also a kitchenette, a bathroom, and a second level, as well as an exposed brick wall. White pillars, and plenty of seating areas add to airy feel of this bright space. You'll be in SoHo, one of New York City's top addresses for dining and shopping. SoHo is also ideally situated at the crossroads between historic Chinatown and Little Italy, and trendy Tribeca. You'll be three blocks from contemporary American restaurant Westville Hudson. Coco Pazzo Trattoria, serving Italian cuisine, and Paul's Casablanca, offering cocktails until late night, are both two streets away.

This immaculate showroom space is move-in ready for any brand who's okay with being on the far end of the west side.